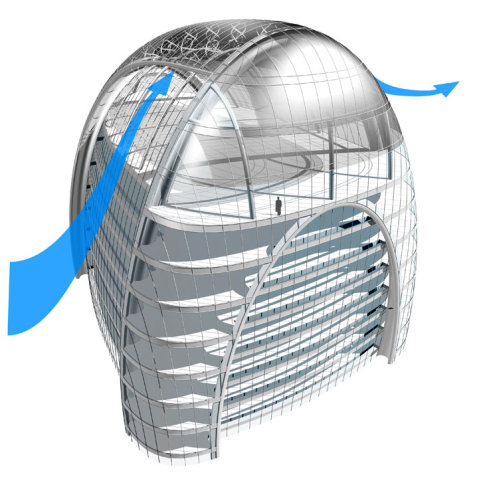 The “Clean Technology Tower” is a highly efficient building which will be constructed in Chicago. The tower will have wind turbines positioned at the corners of the building, to capture wind at its highest velocity as it accelerates around the tower. At the apex, where wind speeds are at a maximum, a domed double roof cavity directs the wind towards an array of wind turbines. The negative pressure created by the turbines will be used to ventilate interior spaces. The dome itself is shaded by solar cells that capture the southern sun. 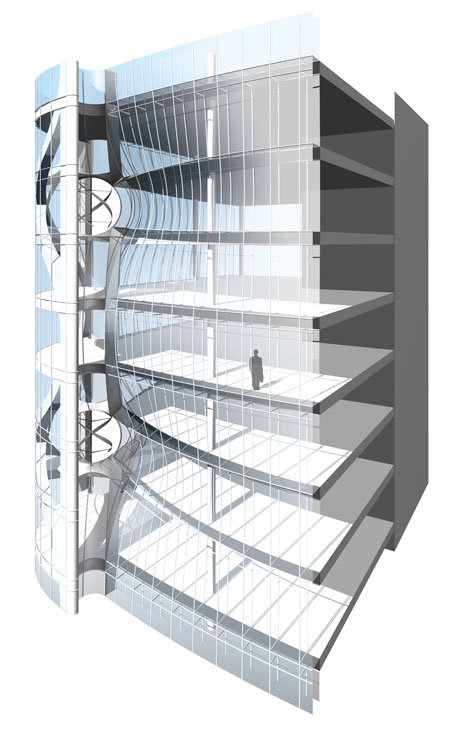 The complex includes over 1.8 million square feet of office space as well as a 300,000 square foot hotel, a spa and street-level retail.

It was designed by Adrian Smith and Gordon Gill, the same firm who designed the recently featured solar Masdar Headquarters.

This tower in Chicago is an evolution of the Pearl River Tower which both Adrian Smith and Gordon Gill were responsible for while at SOM. Where Pearl River used the face of the building to funnel wind into two large turbine zones this design uses an array of smaller turbines at the corners of the building to catch the wind at its highest velocity. 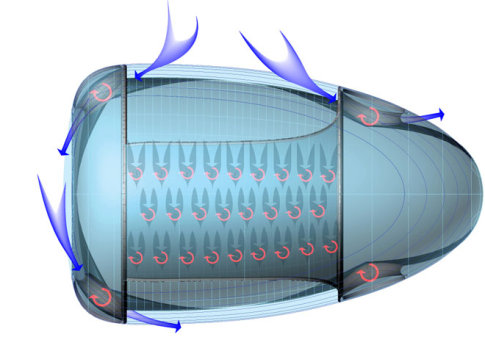 11 thoughts on “Innovative Tower To Feature Atrium Of Wind Turbines”