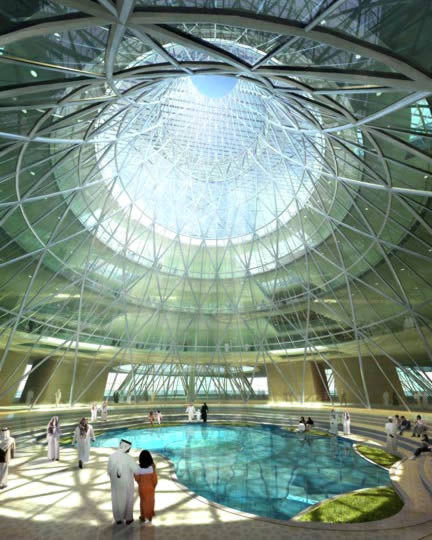 The Masdar Headquarters building will produce more power than it needs (an energy positive building). In fact, the solar roof (one of the largest in the world) will be constructed first, and it will power the construction of the rest of the building. The video link on this page has a great view of the sun-infused interior. 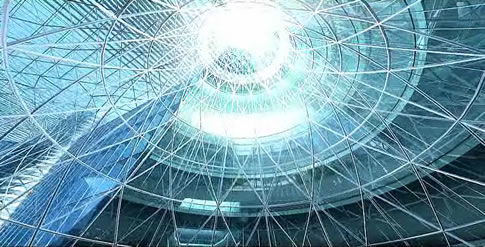 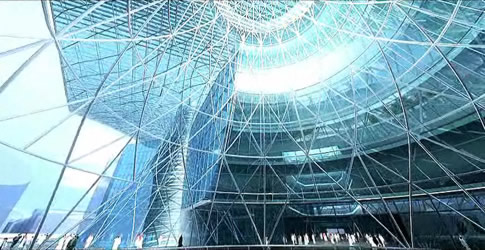 It will serve as the centerpiece of Masdar City, which will end up being about a $22 billion development in Abu Dhabi (the capital of United Arab Emirates).

Masdar Headquarters will have the lowest energy consumption per square foot, it will feature the largest photovoltaic system and the largest solar thermal driven cooling and dehumidification system. The building will also have integrated wind turbines. It will consume about 70% less water than a typical mixed-use building of its size.

Construction of Masdar City commenced with a formal ground-breaking ceremony on February 9, 2008. The City will be constructed over seven phases and is due to be completed by 2016. Masdar’s headquarters is part of phase one and will be completed by the end of 2010. 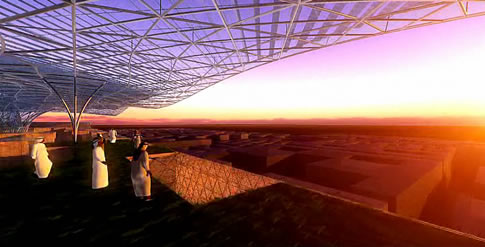 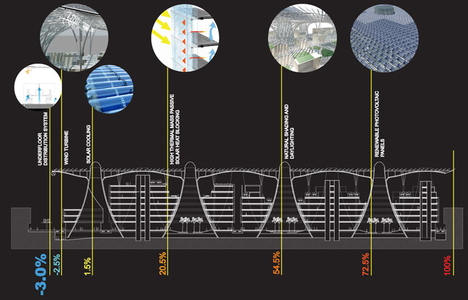 The design competition for Masdar’s headquarters was managed by the Louis Berger Group and began with a field of 159 participants, which was narrowed down to 15 architecture and design firms. The criteria for selection of the 15 included building functionality, water and wastewater efficiency, indoor environmental quality, zero carbon emission, carbon
footprint reduction and firm experience. Four global leaders in sustainable architecture and design were then chosen to submit final proposal.

Via: Jetson Green and Mad Architect