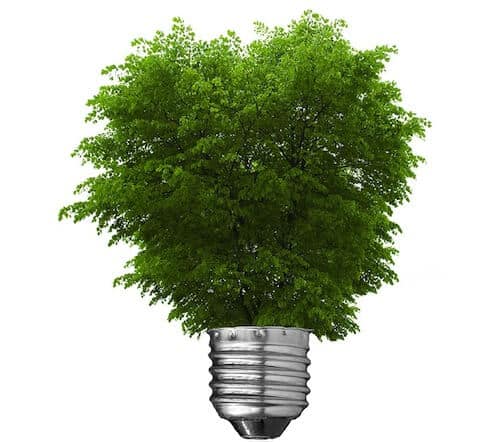 There has been much discussion in the media lately (including a fair amount of misinformation) regarding the phase-out of traditional incandescent light bulbs in the United States.  Read on to separate the reality from the hype, and to learn more about efficient lighting technologies that will save energy and cut your power bills.

What Exactly Are These New Guidelines For Light Bulbs?
Well, first of all, they’re not really new – they’re provisions of 2007’s Energy Independence and Security Act, but they’re just now beginning to take effect.  They aren’t requiring any overnight changes either – the regulations call for a gradual phase-out of the most inefficient bulbs between 2012 and 2014.  The 2012 restrictions will begin by phasing out old-style 100-watt incandescent bulbs, and by 2014 they will limit 40-watt bulbs.

It’s worth noting that the guidelines will NOT actually ban incandescent bulbs – they simply require that any bulb (incandescent, fluorescent, or any other type) meet an improved level of energy efficiency.  Also, specialty bulbs like those for appliances and floodlights will generally be exempt from the restrictions.

Out With Watts, In With Lumens
Wattage used to be the simplest standard for judging a light bulb’s brightness, but no more.  Alternative lighting sources like LEDs and fluorescent bulbs produce light while using far less power, and even incandescent bulbs have improved in their efficiency.  So it’s time to stop comparing apples and oranges, and instead focus on a consistent measure of how much light is being produced:  lumens.

Lumens offer a standardized measure of light output, and as manufacturers begin to list lumens instead of wattages on bulb packaging, consumers will be able to more accurately compare the performance of different products regardless of their energy usage.

New Federal Trade Commission guidelines for light bulb packaging will further assist buyers:  by mid-2011 other information in addition to lumen output will also be clearly labeled, including annual energy costs and a bulb’s typical lifespan.

What Will Replace Old Incandescents?
There are a number of technologies on the market that will let consumers meet the new EISA guidelines, and save money as well: 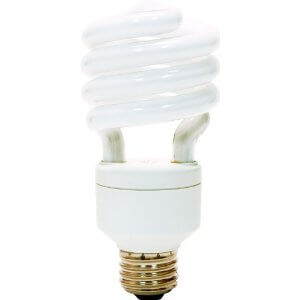 Compact Fluorescent Lightbulbs (CFLs) offer substantial energy savings, and they are fairly inexpensive.  The quality of light they provide has improved markedly in recent years as well.  Their biggest drawback is their mercury content, which means that broken bulbs must be carefully cleaned up and CFLs must be properly disposed of when they burn out.

MetaEfficient’s Pick:  Check out GE’s Energy Smart compact fluorescent bulbs, available in a range of models including Bright Daylight ($8.20 for two) and Soft White ($19.16 for six).

Bulbs that use solid-state light emitting diodes (LEDs) are continuing to evolve and improve.  Although they are still relatively expensive, they are the longest lasting and most energy-efficient bulbs available, and they contain no toxic materials.  For more details, check out this recent MetaEfficient post about LED lighting.

MetaEfficient’s Pick:  The EarthLED Zetalux LED Light Bulb was recently profiled in this article.  It’s available for $30.60 at Amazon.

Electron Stimulated Luminescence is the new kid on the lighting block.  Phosphors within a glass bulb are electrified to emit visible light, and the result is a light source that’s up to 70% more efficient that incandescent bulbs while using no toxic chemicals like mercury.  This recent MetaEfficient article about ESL bulbs takes a closer look at the new technology.

MetaEfficient’s Pick:  Right now, the only ESL bulbs on the market are produced by Vu1 Corporation.  You can learn more or place an order at the Vu1 website.

Although they still can’t match the performance of some other technologies, some next-generation incandescent bulbs are far more energy efficient than those of a few years ago (thanks largely to redesigned filament components).  For example, the Halogena line from Philips claims 30% better efficiency and three times longer life compared to traditional incandescent bulbs.

MetaEfficient’s Pick:  The Philips Halogena Light Bulb is available from Amazon ($16.99 for a 2-pack).

Which new types of energy efficient lighting are you using in your home?  Leave a comment below and let us know.