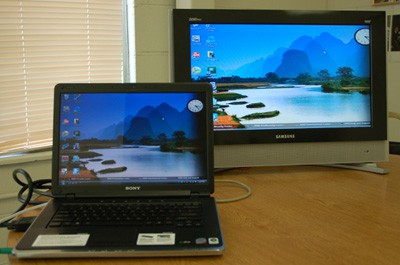 If your New Year’s resolution is to bring your technology into the 21st century, revamping your TV is a great place to start. The unfathomable amount of information available for your viewing pleasure on the World Wide Web begs the question: why are you still settling for cable? Check out these suggestions to take your downtime from stale to spectacular.

Everyone has a favorite machine, but we are partial to the Mac mini. Not only is it one of Apple’s most cost-effective computers at $699.00, but this tiny wonder is the world’s most energy-efficient desktop. When idle, it uses less than 10 watts, making it better for the planet and your bottom line. Plus, it has a remote control, so you can easily switch between sites and content.

If you want to convert that old PC you have lying around to your new media station, Windows-compatible remotes such as the Windows PC Remote Control and Infrared Receiver are available from Amazon.

Many television stations offer their content online, free of charge, with limited commercial interruptions. Don’t want to miss Modern Family? Can’t spend a week without House? ABC, NBC, Fox and CBS — to name just a few — allow viewers to watch their favorite shows from the convenience of their desktop. Plus, most stations offer even more great content related to your favorite shows online such as special “webisodes” and video blogs by cast members.

If you’re looking for the last 5 episodes of current popular shows, more than 800 full seasons from hundreds of shows, personalized recommendations for you, and lots more, hulu is a great choice. Their standard definition via computer is still free, but, for high definition and more options, joining hulu plus for $7.99 a month gets you a full-access pass for television and available movies.

Want to catch up on that British series you love, brush up on your Vietnamese or check out the news in the Netherlands? Beeline TV offers news, TV shows, movies, music, entertainment and sports from around the world free of charge.

A bevy of free content that steps outside of the box a bit is also available on various stations. If you want to catch up on your Masterpiece Theatre or view a documentary on Epigenetics, PBS.org has something for you. And, of course, if you’d prefer to watch your daily tap dancing squirrels, funny kids or old Saturday Night Live skits on a bigger screen, YouTube is always an option.

Filesharing services are also a good source of free content. We like MegaShares because they allow direct downloads and feature easy search capabilities. 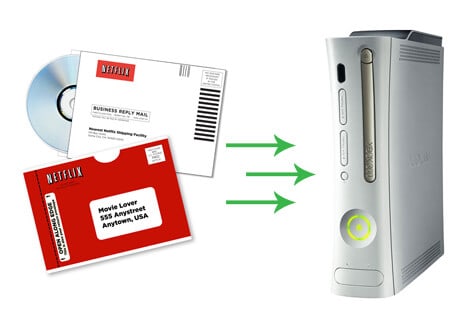 With Amazon Video on Demand, you can purchase pretty much any video or television show and watch immediately. Amazon even offers TV passes, where you can buy any past or future episode of a show at a discounted price, so you can catch up on past seasons of a show you just discovered — and make sure you never get behind again.

Speaking of utilizing an account you already have, iTunes is a fantastic source for TV shows and movies, most of which carry a fee, and podcasts, many of which are free.

And then there’s a little something called Netflix. Current estimates are that, during peak hours, as much as 20% of bandwidth is utilized by Netflix alone. From Scooby Doo to Spartacus, a good selection of movies and television shows can stream directly to your TV via computer (or XBOX or PS3 or Wii…) for a low, flat monthly fee.

No matter which way you choose to go, the future of viewing is more user-friendly and tailored to individual tastes than ever. With a computer-controlled approach for every budget, basic cable seems so — well — 2010.

1 thought on “Leaving Cable: Using a Computer as a Television”