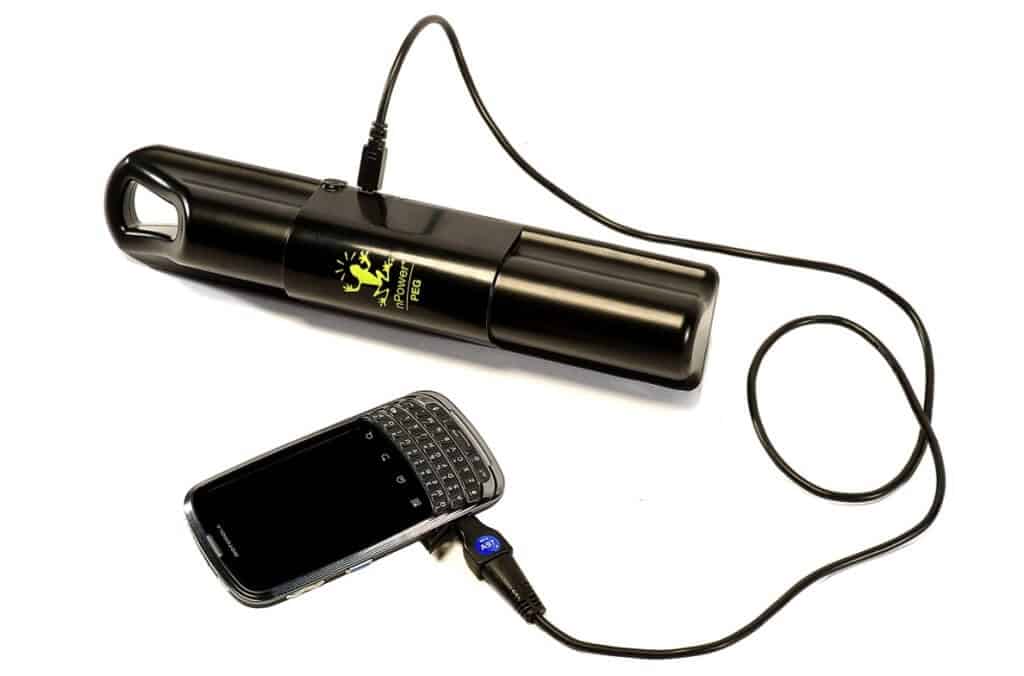 The nPower PEG (personal energy generator) by Tremont Electric wowed reviewers at the 2011 CES convention. This back-up hybrid charger allows you to keep your cell phone, iPod, or other hand-held device working while you’re on the go. By harnessing the kinetic energy that you produce through movement, then converting it into accessible power, the nPower PEG allows you to be the manufacturer of your own renewable energy. The nPower PEG is marketed for those with an active lifestyle: commuters, cyclists, college students, backpackers, emergency responders, and exercise enthusiasts.

The nPower PEG uses an internal battery that you can charge at home using a USB port. Then, when you head out for the day, the PEG will continuously top off the battery with your movement. If you stop moving and the battery loses power, you can give it a shake to get it going in an emergency. Compatible with USB 2.0 devices, the charger comes with a cable and adapter tips. Made of recyclable materials, it weighs 11 oz, is 1 inch in diameter and 9 inches tall, and is encased in titanium.

Some may find the $129 price tag a bit hefty, but the ability to charge your phone or MP3 from anywhere is appealing.

You can buy the nPower PEG at Amazon.

Tremont Electric is a green company with plans to take the technology of nPower even further with large scale kinetic energy generators and wave energy converters. They are committed to both the global environment as well as their own local economy. Located in Cleveland, Ohio, 90% of the components used to make the nPower PEG come from the state of Ohio.