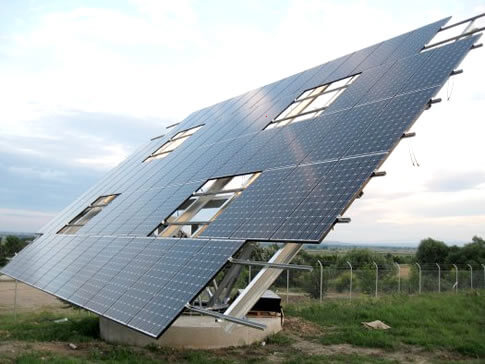 The wave of interest in solar power across Europe has now touched Greece, and in a big way. The Mediterranean country of over ten million inhabitants plans to construct Earth’s biggest solar farm. Estimated to cost €600 million ($822 million), the project will cover 1,285 acres of depleted coal mines in the northern city of Kozani.

Greece remains in the midst of financial crisis, with high unemployment and monumental debt. Hoping to spur economic growth and create jobs, Greece is seeking an outside investor for its state-run solar project. Investment in renewable energy is a key long-term strategy Greece is using to lift itself out of a years-long recession.

The solar project at Kozani will also lesson Greece’s dependence on lignite coal, a heavily-polluting energy source that accounts for about half of Greece’s generated electricity.

Total output of the completed solar installation is estimated to be 200 megawatts (MW). Germany is expressing interest in purchasing some of the new Greek solar power. The German government is actively trying to step away from nuclear power and is seeking alternatives to energy sources from politically unstable countries. Greek Prime Minister Georges Papandreou promised 10,000 to 15,000 MW of solar energy to Germany in a recent press conference. Papandreou will visit Germany later in the month to formally discuss the issue with German leadership.

There is also talk of a joint Greek-German project to build up to 49,400 acres of photovoltaic farms at a cost of €20 billion ($27.4 billion). This ambitious project would produce anywhere from 30,000 to 60,000 jobs in struggling Greece.

The world in 2010 added 16 gigawatts of new solar power, a number that is expected to be surpassed by the sum of 2011 projects.