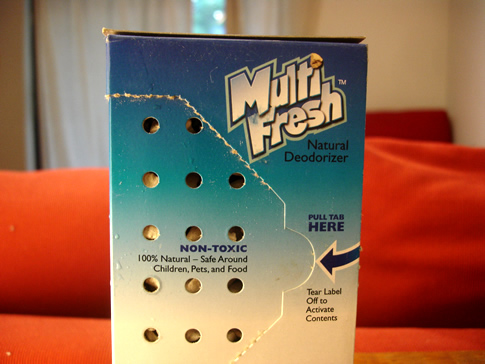 I’ve been testing a new deodorizer called Multi Fresh. It is made with pyroclastic rock called Ignimbrite, which is found in volcanoes.

This natural deodorizer absorbs odors like baking soda, but it is said to be many times more effective. Ignimbrite is one of the few negatively charged minerals in existence, so it also works by adsorbing molecules to its surface. This type of material can be placed in the freezer to ensure your icecubes don’t absorb unwanted odors, for example. To recharge MultiFresh you place it in a fresh air environment for 24-48 hours to release trapped odors.