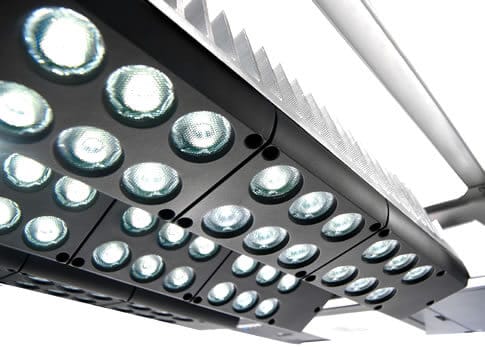 A company called Digital Lumens has introduced product that networks LED lights together to form an “intelligent” lighting system. The system can turn on lights if people are present in a room, and adjust brightness levels over the course of a day. Overall, the system can cut lighting costs by 90% for commercial sites like warehouses. A real world example is the installation at Interstate Warehousing, which reports that they are now savings of more than $30,000 per year to operate the new section of the warehouse, and around 771,000 pounds of carbon dioxide (CO2) have been reduced annually. Each light engine in a Digital Lumens system contains three independently LED light bars, onboard controls, occupancy sensor, and a wireless antenna. 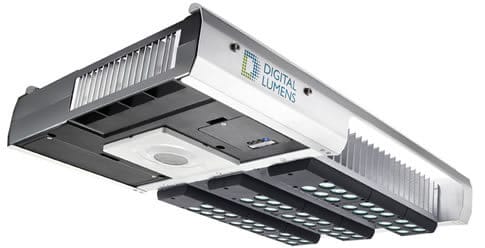 The system also collects performance data – how much energy each luminaire has used, run time hours, occupancy rates – and shares that in web-based reports on energy use.

The Highbay version produces spotlight effects for storage racks. The Midbay version produces dispersed light for open environments and is available in two color temperatures. Both versions are intended to replace 400W HID, HPS, and T5 or T8 fluorescent lighting.

Currently, the Digital Lumens system is aimed at commercial sites only. The company claims the system will realize cost savings within as little as two years.