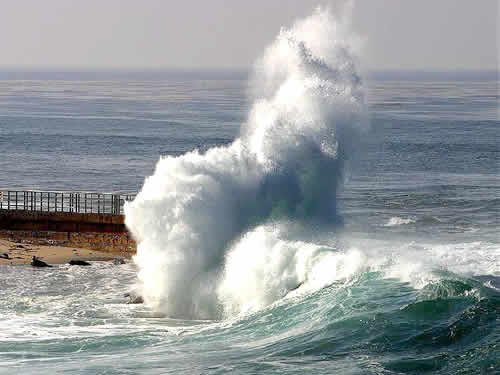 The small town of Mutriku in the Basque region of Spain is the first in the world to open a commercial wave power plant. The Basque government energy agency Ente Vasco de la Energía (EVE) debuted its €2.3 million ($3.1 million) project in July. The project is funded by taxes. It is estimated that the wave power plant will produce about 300 kilowatts, enough to provide 10% of Mutriku’s energy needs. Voith and Siemens provided the 16 columns as part of a joint venture.

Wave energy technology has been produced on an experimental scale for years, and several methods have been tried. There have been underwater turbines that are driven by water like wind turbines are driven by wind, and there have been systems where a rising and falling buoy drives a piston. The power plant at Mutriku employs another approach: 16 oscillating water columns. 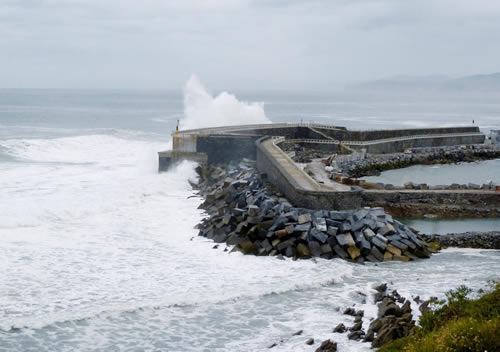 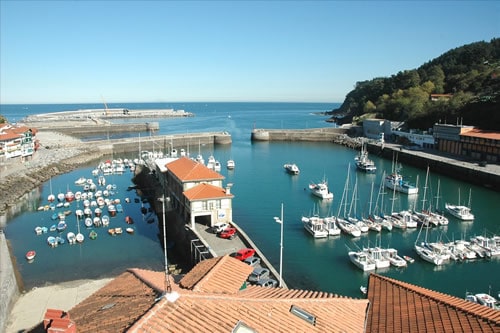 Here’s how the technology works. The 16 hollow columns are installed on a breakwater in the city’s bay. Each column is open to the water below sea level. As the waves rise, the air inside each column (above sea level) is compressed and forced out of a small opening at the top. This pressurized stream of air spins a turbine, which in turn drives an alternator to produce electricity. As the waves recede, the pressure inside the column drops, drawing a stream of air through the same upper opening and providing another impetus for spinning the turbine. No water comes into contact with the turbines during the process.

The bay at Mutriku should provide plenty of wave energy. The local harbor has been beset by rough waters for years, and plans to update the breakwater system were well underway when the idea of integrating a wave power station arose. The oscillating water column technology was a good fit with the established breakwater blueprint.