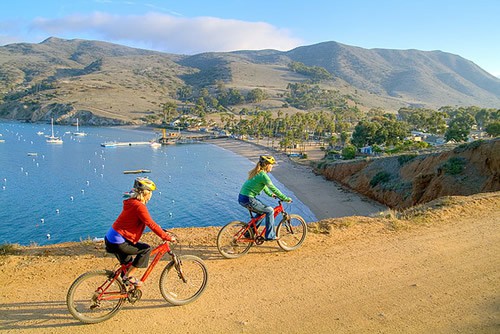 Catalina Island is the only place in California where the number and size of road-going motor vehicles is regulated by law. For residents of the island who want to bring a personal car, this means signing up at the bottom of a 14-year waiting list. Tourists are not permitted to ferry a vehicle from the mainland, even for temporary use. These policies keep the total car count below 1,000. 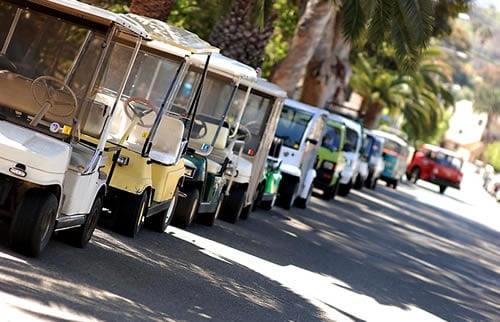 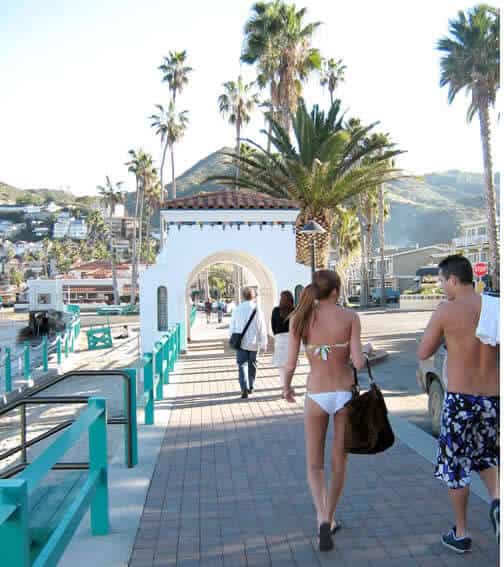 Because the principal settlement and center of activity, Avalon, is only about one square mile in size, walking works in most situations. Visitors in need of luggage help find hotel shuttle and taxi services readily available. There are two trolley routes within Avalon, and vans and shuttle buses are available for charter trips outside the city. Golf carts are a popular way of making short trips as well as exploring the mountainous area of the island’s interior. Bicycles are another reliable option. 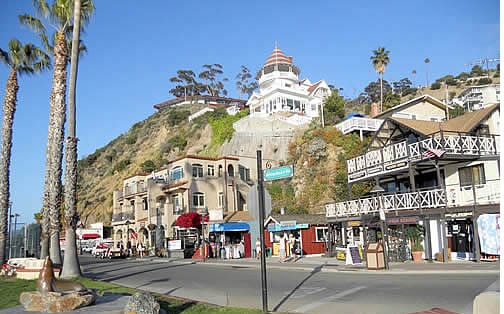 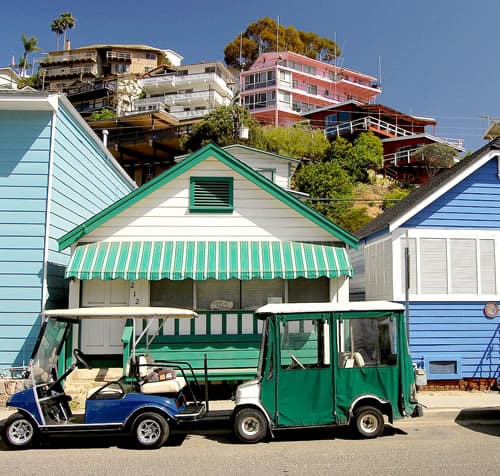 Catalina Island lies 22 miles off the coast of California near Los Angeles. This 76-square mile escape has two major settlements: the main city of Avalon (about 4,000 permanent residents) and the town of Two Harbors (about 300 permanent residents). Around one million tourists arrive via boat or helicopter each year. Popular activities include hiking, mountain biking, camping, snorkeling, scuba diving, parasailing, and bus and boat tours. 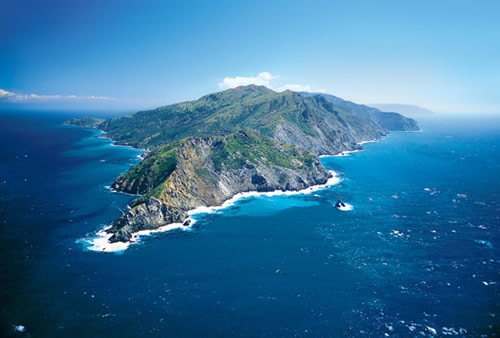 Most of the island is controlled by the Catalina Island Conservancy, a non-profit organization that attempts to preserve Catalina’s natural beauty and ecosystem. Despite this, the beach at Avalon is listed on the Natural Resources Defense Council’s list of the 10 most chronically polluted American beaches. The city’s century-old sewage system is to blame; its clay and metal pipes have deteriorated to the point that they no longer contain much of the human waste produced. The sewage that escapes the plumbing system enters the groundwater and finds its way to the coast. The waters appear pristine, but water quality tests tell another story. 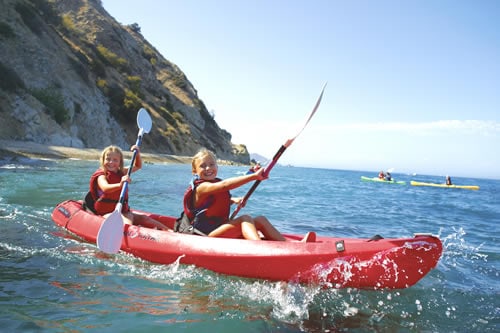 Over the summer, the city of Avalon is launched at $5.1-million project to address the problem—the latest effort in a series of measures taken over the last decade. 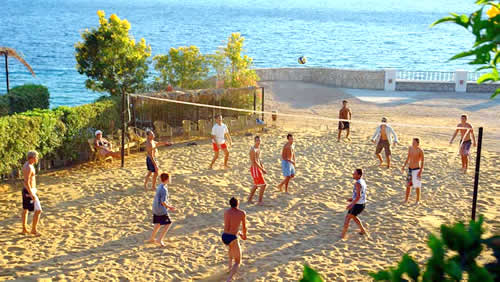 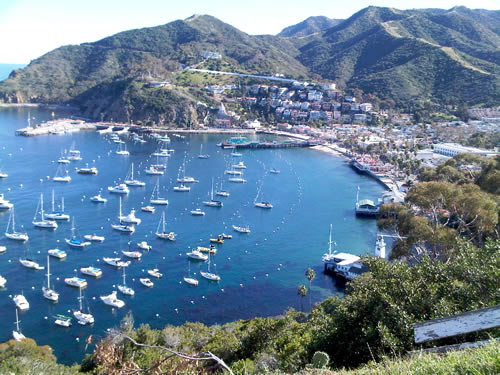 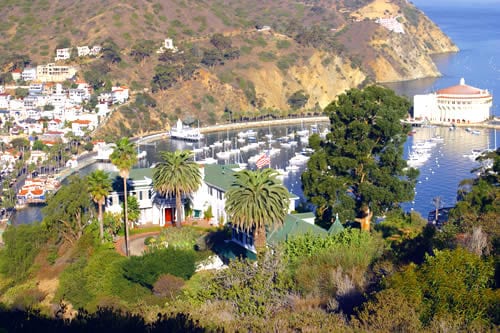 An article on Catalina Island