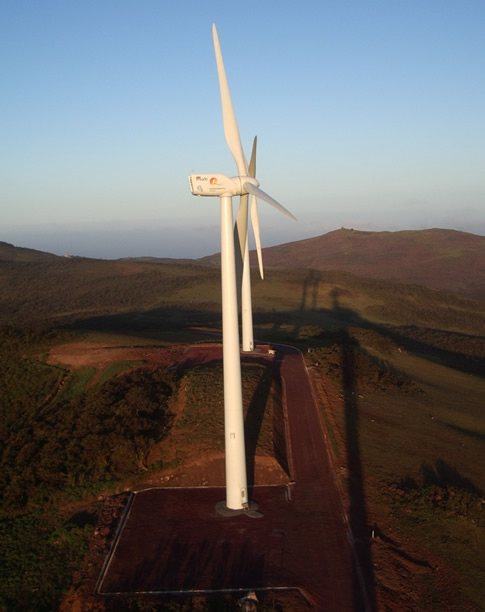 Three huge wind turbines have been installed on the Galapagos Islands. They will generate a total of 2.4 megawatts for the 30,000 residents of the Galapagos archipelago’s five inhabited islands. The system will meet 60 to 80 percent of electrical demand during the windy months of October, November and December. The turbines will halve the island’s diesel fuel imports, and pave the way for further renewable energy development.

The wind turbines were installed to help celebrated the 500th anniversary of the Galapagos’ Islands discovery. Ecuador’s President Rafael Correa launched a program to end the use of fossil fuels on the Galapagos by 2015. You can read all about it here. 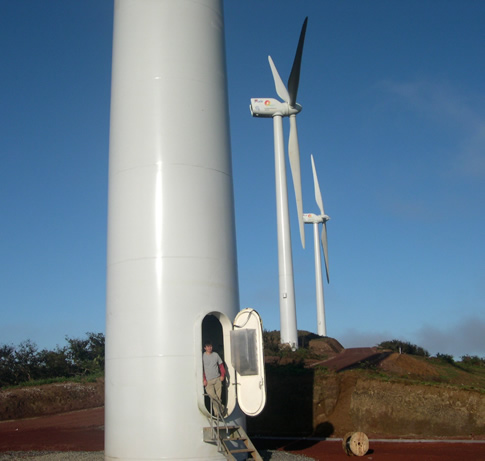 The initiative is being led by the San Cristobal Wind Project, which erected the three wind turbines near the town of El Progresso on San Cristobal Island.
The wind farm is on the island that suffered the worst oil spill in the history of the Galapagos – the spill resulting from the grounding of the tanker “Jessica” at the entrance to the harbor at Puerto Baquerizo Moreno on January 16, 2001.

The turbines started supplying power to San Cristobal last October. Project partners will formally dedicate the wind turbines at a celebration in the Galapagos on March 18.

Here’s a view from the top of one of the turbines: 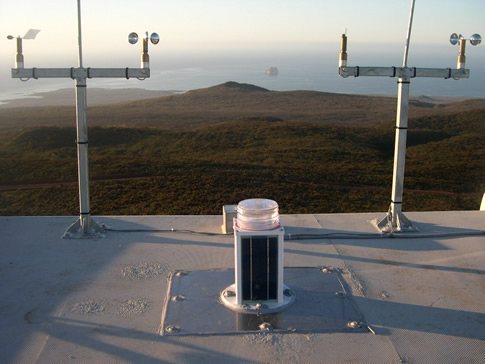