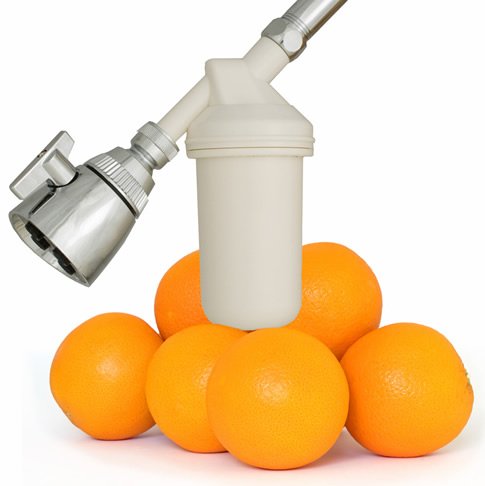 I recently wrote about Filtering Your Drinking Water Very Efficiently, but let us turn now to your shower water. When we shower, we absorb the substances dissolved in water through our skin quite readily. For example, 60% of the chlorine absorbed daily comes from showering in chlorinated water. The chlorine is absorbed directly from the water and from the chlorine gas released into the air.

Ideally, we would filter out all the undesirable chemicals from our shower water. However, unless you have a whole house water filter

, this is not possible. This is because filtering water at the showerhead is problematic — the water moves fast, making filtering difficult, and the water is typically hot, which is also undesirable for filtering. 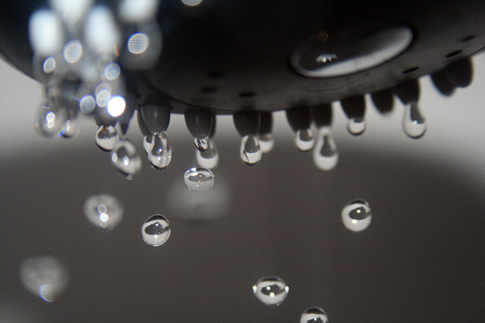 So basically, if you are filtering your shower water at the showerhead, you can only really hope to remove chlorine from the water. Shower filter manufacturers who claim otherwise should probably be viewed with skepticism. But chlorine is certainly one of the first you’d want to remove from your shower water. Anyone who has swam in a swimming pool with high levels of chlorine, can tell you that it dries and irritates the skin, makes  hair brittle, and causes eyes to become red and itchy. Also, inhaling the toxic steam can aggravate the sinuses and lungs. But it’s not only chlorine that’s in municipal water these days, increasingly cities are adding chloramines to the water. Chloramines are more stable compound, containing chlorine and ammonia. Unfortunately chloramines are more difficult to remove from water.

However, there are filters out there that will remove 100% of chlorine and chloramines from your shower water: vitamin C-based shower filters. These filters have a simple method of operation: the shower water passes through the block of vitamin C, and the chlorine is converted to inorganic chlorides. Vitamin C shower filters are made by a few companies, for example VitaC Shower, Keosan and Sonaki. You can also get filters for your bath too.

Another common type of shower filter is the KDF filter, which uses copper and zinc for filtration. KDF filters remove free chlorine by reversing the electrochemical process that originally separated the chlorine from sodium in a brine solution. KDF filters, however, have a important limitation: they do not remove chloramines. Also, KDF shower filters are affected by water pressure. When the water pressure is not high enough, water can’t pass through the KDF powders. KDF filters also tend to get clogged very quickly. I’ve seen some buyers on Amazon reporting that their KDF filters get clogged after a couple months.

So I recommend a vitamin C shower filter like the VitaC Shower brand filter. I’ve used these filters for years, they remove 100% of the chlorine and chloramines from your shower water, and will last about 6 months before they need replacement.

42 thoughts on “How To Filter Your Shower Water Very Efficiently”