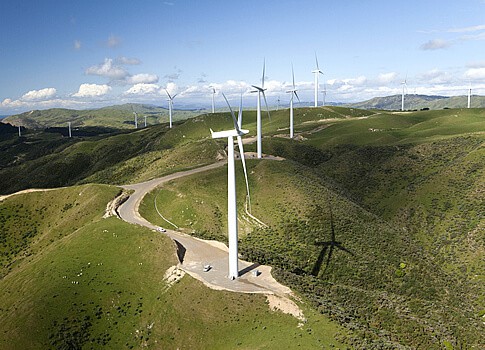 New Zealand is one big step closer to accomplishing the ambitious goal of generating 90% of its electricity from renewable sources by 2025. The country already produces nearly 80% of its power from clean sources, including hydropower, geothermal, and wind farms. With hydropower approaching its natural limit, New Zealand is investing heavily in two huge new wind farms.

Currently, New Zealand’s wind farms produce 615 megawatts (MW), accounting for around 4% of the overall electricity generated in the country. The most ambitious goal aims for total wind power production of 3,000 MW, or 20% of the country’s total power needs. The two wind farms just approved will contribute 1,400 MW toward that target. 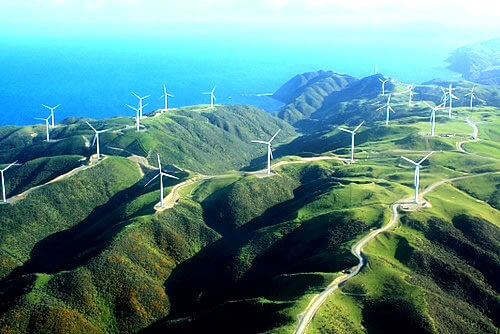 The larger of the two farms is being constructed by Genesis Energy. Its output will be 860 MW, generated by 286 turbines of up to 155 meters in height. The $1.46-billion project will be sited near Wellington in a remote part of Wairarapa. Twenty-seven rural land owners affected have signed land use agreements.

The second approved farm will spring up on the west coast between Port Waikato and Raglan, near Auckland. Here, 168 turbines will produce up to 540 MW. This farm is being developed by Contact Energy, which has agreed to limit the size of the turbines, minimize construction- and operation-related noise, and take measures to protect the local ecosystem.

The scope of these two projects is massive; the biggest New Zealand wind farm to date has only 62 turbines.