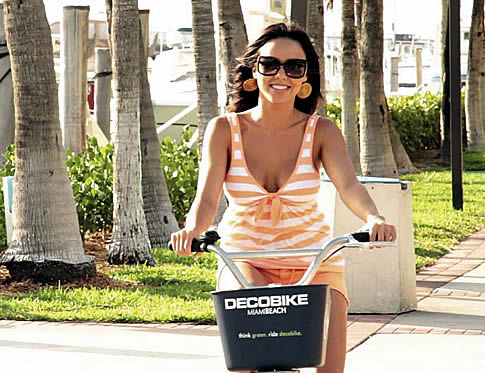 Bike sharing programs are sprouting up in cities across the globe. From Dublin to Minneapolis, Barcelona to Tulsa, and Washington D.C. to Hangzhou, China bike sharing has become a viable transportation alternative. After seeing the success of other U.S. cities, New York City is set to have a bike sharing up and running in April of 2012. However, one place you won’t find bike sharing is in Seattle. In fact, the only bike share program in the entire state is on the campus of Washington State University. Wait a minute, isn’t Seattle one of the most bike friendly cities in the U.S.? Of course, but they also face one of the biggest hurdles in bringing a successful bike share program to fruition: mandatory helmet laws. Just ask Melbourne and Brisbane in Australia. These cities have mandatory helmet laws and their bike share programs are failing. 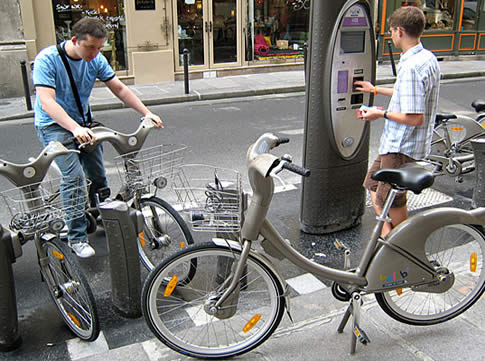 Maintaining a helmet law with a bike sharing initiative has been shown impractical. Bike sharing by its very nature attracts the casual cyclist who may not own a helmet, while the thought of carrying one around town may deter others. A potential bike commuter coming upon a bike share kiosk for the first time will be more inclined to give the program a go if there’s no mandatory helmet involved. It defeats the efficiency of hopping on a bike and getting where you need to go. Providing helmets along with the bikes is not a solution due to size (an ill-fitting bike helmet is of no use) and hygiene (well, ewww). 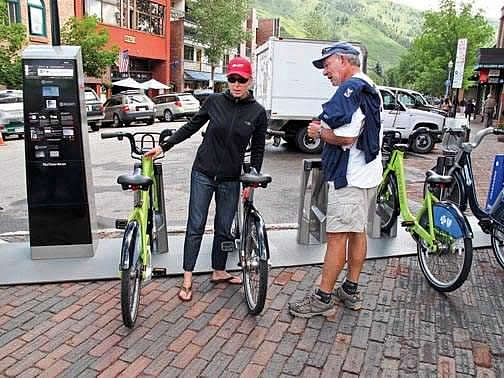 There’s no question that wearing a bike helmet keeps one’s noggin protected. The question is, should it be mandated or a matter of  personal choice? Bike share programs have now been proven to increase safety on city streets. There’s truth to the old adage of “safety in numbers”. More cyclists on the roads means more awareness from motorists. A recent health impact study of Barcelona’s bike share program was recently published in the British Medical Journal with the conclusion that their bike share saves 12 lives each year.

Public bicycle sharing initiatives such as Bicing in Barcelona have greater benefits than risks to health and reduce carbon dioxide emissions.

Should a distinction be made between riding that carbon fiber road bike down the road at 30 miles an hour without a helmet and tooling around town on a bike share bike (most of which are Dutch style) in a city accustomed to seeing bikes on the road? Perhaps current helmet laws could make an exception for bike share users as is the case for pedicabs. After all, bike share programs aren’t advocating the non-use of helmets. As a matter of fact, Capital Bikeshare in Washington D.C. is giving away 500 helmets to users of the program and most bike sharing programs offer helmet discounts at local retailers. So while helmet use is encouraged, the choice is ultimately left in the hands, or head, of the adult cyclist. The majority of states in the U.S. have mandatory helmet laws for around age 16-18 and under.