Steve Nash is the All-Star guard for the Phoenix Suns has forged a partnership with Nike to create the Nike Trash Talk, a basketball shoe made from manufacturing waste. The “waste” comes Nike’s own production facilities—scraps that would otherwise have been discarded. The Trash Talk is modeled after Steve Nash’s current shoe, the Nike Zoom BB II Low, and meets Nike’s Considered design standards for taking a sustainable approach to performance footwear innovation.

The green features include: 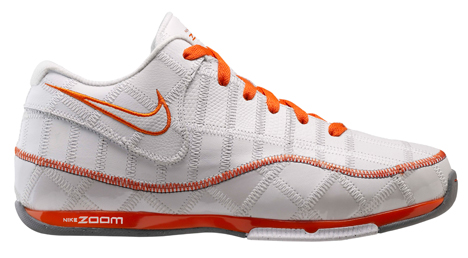 No word, alas, on [Nike] worker renumeration and conditions, a sore subject that Nike has been nursing ever since the New York Times published a series of articles in 1996 and 1997 that reported “grim conditions” and widespread human-rights abuses in Nike factories.

Via: Nike Press Release via SpringWise