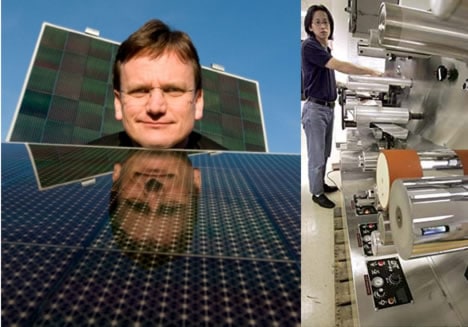 Nanosolar has just announced that, after five years of development, it will be shipping its innovative “solar film” product. Basically, Nanosolar is able to print solar panels on machines that resemble printing presses. The company, whose backers include Google’s co-founders, say it is producing the world’s lowest-cost solar panel, costing as little as 99 cents per watt.

What will Nanosolar be doing with the first three commercial panels? 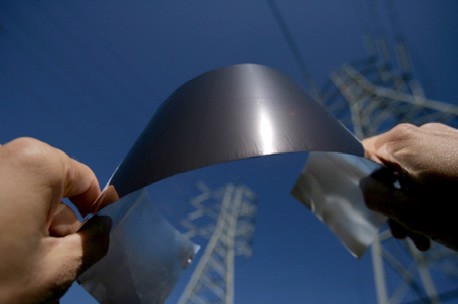 Nanosolar is a heavily financed Silicon Valley start-up. The company has raised $150 million and built a 200,000-square-foot factory.

To make solar film, Nanosolar prints CIGS (copper-indium-gallium-selenium) onto a thin polymer. There is no costly silicon involved in the process. Nanosolar is only a few years old, but it has laid plans to take on multinational corporations, such as BP and Sharp, in the solar industry.