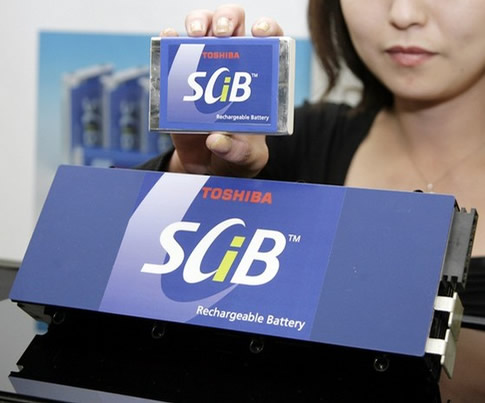 Toshiba has developed a new lithium-ion battery called SCiB (or Super Charge Ion Battery) which can charge to 90% capacity in 5 minutes. The life cycle of the new battery is more than 10 years even if it is rapidly charged and discharged many times. The battery is also mucher safer than other types of lithium ion batteries, which are potential fire hazards.

Toshiba will begin commercial production of the battery in March 2008. The company says the battery can be used in electric motorcycles and hybrid cars. Toshiba currently makes 150,000 cells a month, mostly for electric bicycles. 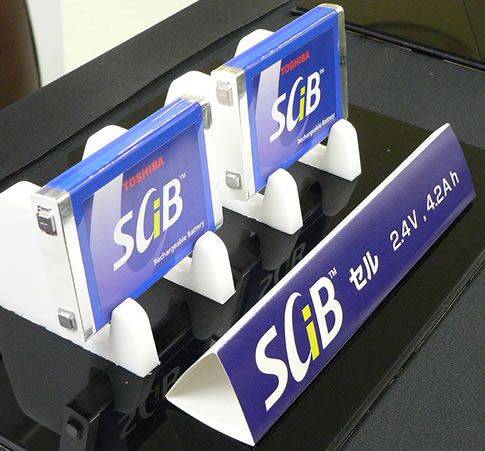 The company also unveiled a bike manufactured by Cannondale Sports Group that uses the quick-charging lithium ion battery. The SCiB battery uses lithium titanate for enhanced safety and is made up of ten battery cells connected in series. See more information about this bike at CleanTechnica. 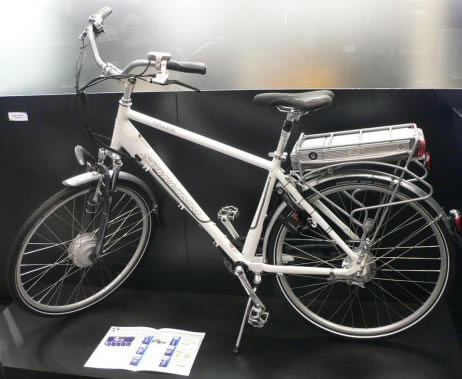 The key feature of the battery is the use of lithium titanate (Li4Ti5O12) is used as a negative electrode material with electrolyte with a high flash point and a separator with a high heat resistance. Because of this feature, a thermal runaway is less likely to occur in case of an internal short-circuit, so the risks of burst and combustion are reduced, Toshiba said.

For a positive-electrode material, lithium cobalt oxide (LiCoO2) was adopted as in the case of Li-ion secondary batteries for portable devices.