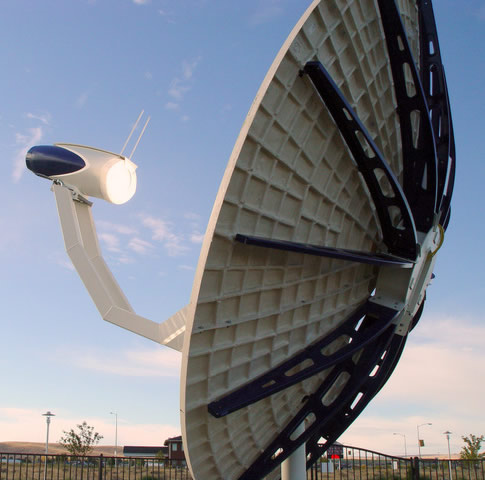 Infinia is a company with a modular product: a mirrored solar dish that looks like a home satellite receiver, and produces 3.5 kilowatts of energy. Infinia announced Monday that it had received $50 million in investment. The dish focuses the sun’s rays on to a Stirling engine (a 17th century invention), this heats a gas inside that drives pistons to generate electricity (see the engine in action here). The free-moving piston requires no lubricants, and thus no maintenance.

It is also designed to be assembled with common mass-produced parts that an auto-parts supplier could manufacture. Getting the cost down is the key to creating a technology that is competitive with other forms of energy. 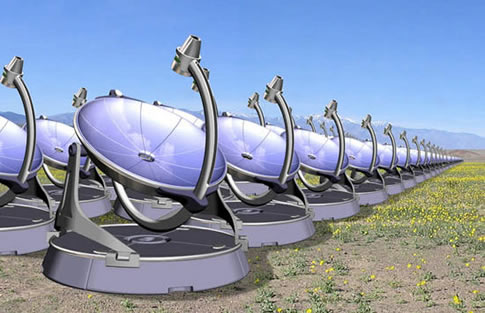 “What makes this unique is the no-maintenance profile,” says chief financial officer, Gregg Clevenger, “the ability to deploy a Stirling engine out in the desert and it is engineered to run for 20 years without you having to do anything.”

Infinia are working towards building 50 to 100 of these giant solar dishes which would produce the same amount of energy as a small power plant. Each dish costs $20,000.

Using its Stirling engine technology, Inifnia thinks it can eventually produce electricity 20 to 30 percent cheaper than today’s existing solar panels. And in times of peak energy demand—on a hot summer day, for instance—it could even be competitive with electricity from gas-powered or coal-fired plants.