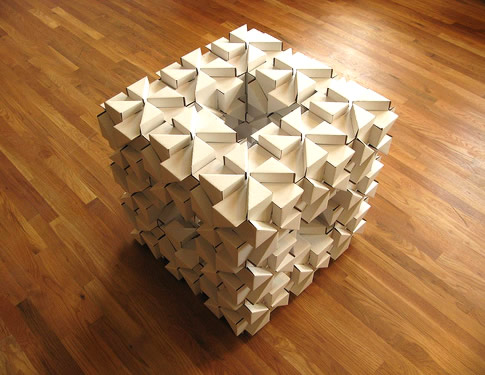 Cardboard can be incorporated in modern design pieces — check out this impressive gallery of cardboard furniture. Bloxes (shown above) are the latest option in cardboard furniture. The corrugated cardboard puzzle pieces lock together to form sturdy shapes such as chairs, walls, and play forts. 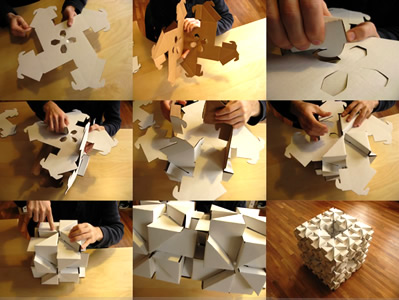 The creator of Bloxes, Aza Raskin, explains what they are:

Essentially 3D cardboard legos that ship flat, and fold up in modular building blocks that are strong enough to stand on. While they aren’t tech per se, we use them for building tables, walls, cubicles, and desks. Both Google and Mozilla have expressed interest in using them in their offices. So, this may well be the new thing in terms of agile office-space deployment. Don’t like where a wall is? Just move it! Don’t like the way it looks? Just rebuild it! They are cheaper than cubicles, and much more fun.

The 6-sided, 9.5 inch-square shapes are designed with CAD software and made in Chicago. Bloxes sells each case of 20 brown or white squares for $60, enough to build a form 36 inches by 45 inches. 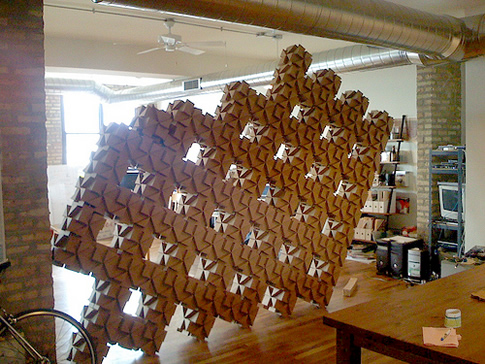