Electric bikes are ideal for commuting because they allow you travel up to 30 miles in a stretch, and you are less likely to drenched in sweat when you arrive at your destination. Some models have motors that assist as you pedal, making your ride easier, especially when going up hills. Some models allow you to power the bike via a throttle mounted on the handle. Electric bikes can be plugged into any regular outlet, and usually take a couple of hours to charge. Electric bikes are difficult to find in local stores, but they are available from specialty stores online. We review some of the better e-bikes below: 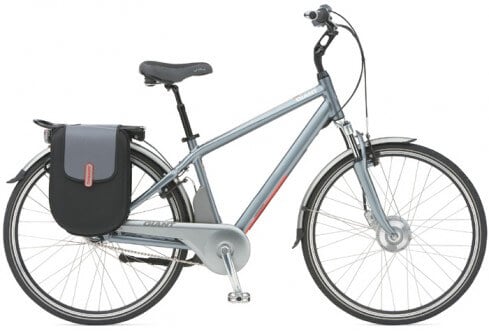 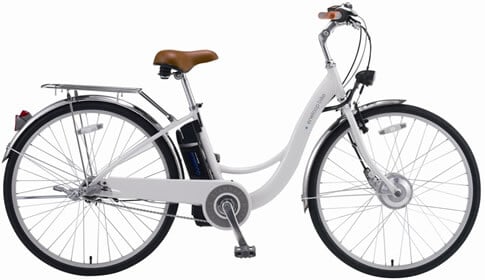 The Sanyo Eneloop is an electric bike for commuters with two different modes of pedal assistance as well as auto mode regenerative braking. It has three speeds overall, and the 250 watt motor included is designed to be unobtrusive. The pedal assist mode is designed to contribute a 1:1 ratio of electric to human power, allowing users to scale hills easily. For those San Francisco-sized hills, the power up mode gives users a 2:1 ratio, and the bike can automatically decide which mode to use based on the degree of the hill. And when using the rear brake lever while riding down a hill, you can recharge the battery. 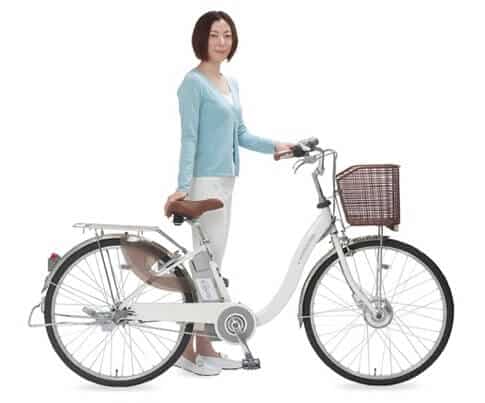 Owners seem to really like this bike, noting that there’s no rough transition when the motor takes over. Most claim that it maintains the feel of a regular bike and doesn’t ride like a scooter. Other users said that this electric bike for commuters is so simple to ride because the bike does all the work for you.

The Sanyo Eneloop is available at Amazon for $2,299.

The e-Moto Velocity 2.0 electric bike for commuters has a graphite frame, and it uses a 36V 9Ah Panasonic lithium ion battery for its 250-watt motor. The battery is said to be able to handle 35 miles before being completely drained, which is why it features a recharging plug that takes around 3 hours to fill. It also has a battery life indicator on the handlebars to let users keep track. This best electric bike for commuters also has an LED backlight and a front light that are powered by the wheel movements.

Users really like this bike and they find it to be a lifesaver in many situations. While it’s somewhat of a hassle to have to charge the bike because there’s no energy loop included, the bike is still very smooth to ride and doesn’t take over harshly when in mid-pedal. This best electric bike for commuters is a good value overall.

The Aleron 36v has a battery range of around 20 miles of assistance, and has front and rear disc brakes. Shimmano 6 speed gears are included and there are also front and rear lights for night riding. It has a larger 350-watt motor than other electric bikes and comes with a one-year warranty. There are three ways to ride this electric bike for commuters, one just lets the motor do the job, another is the pedal assistance mode that allows users to pedal with the motor to extend the battery life a bit, and the last mode is standard bike mode.

Owners, calling it so easy to ride that you forget you’re on a bike, laud the Aleron. The green aspects of this best electric bike for commuters has piqued the interest of many owners, which they claim has pushed them into investing in the bike. Most users claim it’s sometimes a bit heavy when pedaling normally, but overall it’s a lightweight bike.

Unlike other best electric bikes for commuters, the Dex 36v is a folding bike as well, providing users with the convenience of having more trunk space. It uses a 36v battery and features front disc brakes. It also has a suspension seat post and a one-year warranty. It’s said that it can reach a top of speed of around 20 miles per hour. There is also a pedal assist mode that allows the user to pedal with the motor to extend the battery life.

Users really like the Dex, calling it simple and fun to ride. Other users call it extremely efficient and because of the zero emissions from using it, it’s carbon neutral. One user notes that it costs less than four cents to charge the battery fully. Overall it’s a solid value for the efficiency and feature set.

7 thoughts on “The Best Electric Bikes For Commuters”