In June, the Vancouver City Council unanimously approved the adoption the the highest green standards for private sector development in North America. Effective immediately, all new re-zonings for development in Vancouver will be required to achieve or exceed the level of LEED Silver, and they will have to achieve LEED Gold on January 1st, 2010.

The City of Vancouver already had a green building requirement for its new City-owned buildings but the EcoDensity Charter is much broader in its scope because it applies to privately-owned developments, which make up virtually the entire building industry. 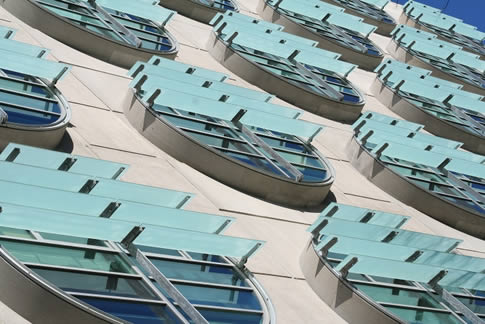 The new requirements are part of the hotly debated EcoDensity Charter that the city adopted. See more details about the debate in this Vancouver Courier article. The charter is part of the city’s larger goal is a carbon-neutral city by 2030.

Green buildings cost only 3% more to build at the time of construction, and that cost is usually recouped in the first year, because of the building’s lower heating/cooling costs.

6 thoughts on “Vancouver: All New Developments Must Be Green”