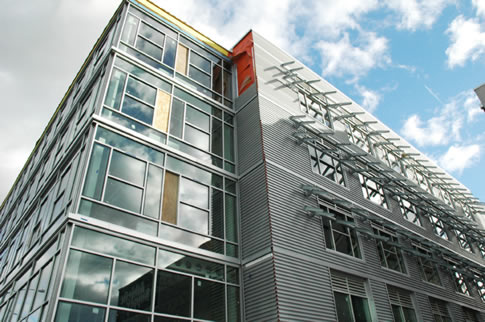 This new building in Seattle by Weber + Thompson requires no air conditioning. To achieve this feat, the architects made use of numerous passive cooling elements throughout the building. Passive cooling means no electricity or other fuel is needed — instead strategic shading and orientation is used, rather than high-tech gadgetry.

The building has green-tinted glass shades (or sunglasses) that shield windows from heat, while still allowing light into the building. A heat-reflective coating on the windows will also reduce temperatures. 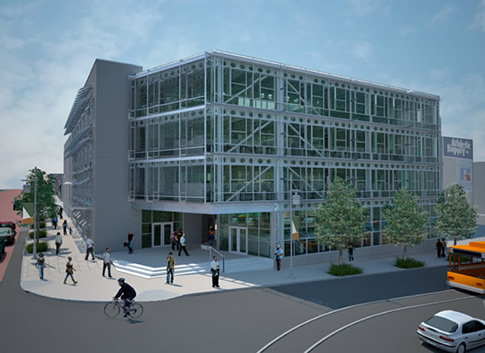 The 40,000 square foot structure has a central courtyard, which allows cross breezes to enter all parts of the building, and allows more natural light inside. Adjustable windows will allow employees to actively manage their environment. 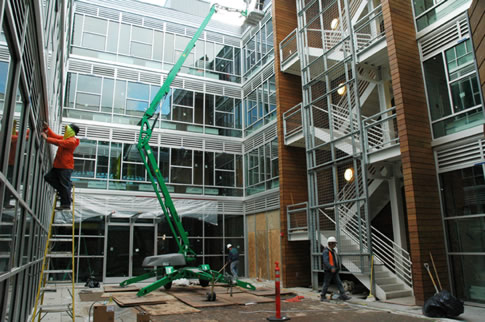 While in the design phase, thermal modeling was performed for the space. It was determined that, for a structure located on this particular site (and built without air conditioning), there could be 18 to 20 hours per year that the interior temperature will climb above 80 degrees. Weber + Thompson’s headquarters will be, in many ways, a ‘test case’ for passive cooling design, although not one which can be easily copied in less temperate climates.

Weber + Thompson has set up a blog to track the performance of the building, so it will be interesting to watch over the next couple of years and see whether the passive cooling strategies perform as planned, and what, if any, follow-up measures need to be taken. 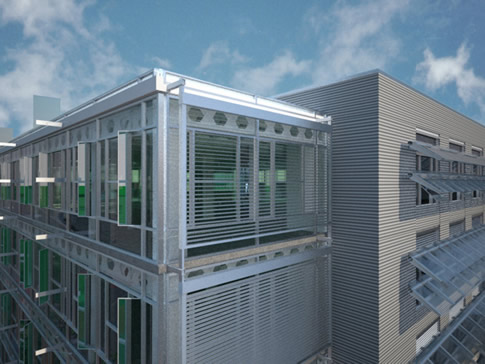 5 thoughts on “Efficient Building In Seattle Requires No AC”