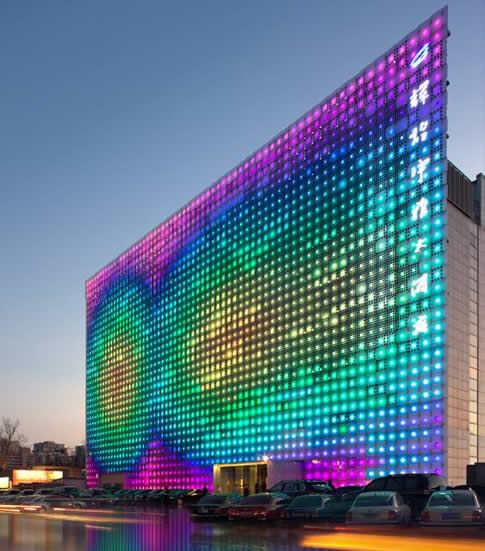 It’s called the GreenPix Zero Energy Media Wall, and with 2,292 individual color LEDs, comparable to a 24,000 sq. ft. monitor screen, it’s said to be the largest color LED display in the world. The wall is solar-powered too — photovoltaics are integrated into the wall’s glass curtain, and it harvests power during the day, to illuminate the display at night. 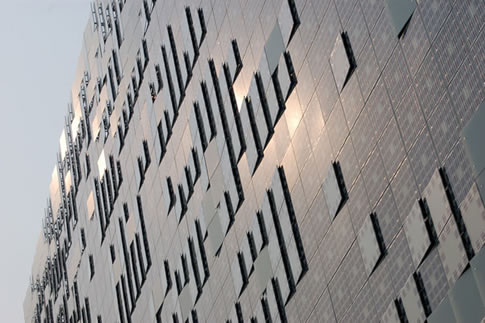 Designed by, Simone Giostra & Partners Architects, the GreenPix wall is part of the Xicui Entertainment Complex in Beijing, near the site of the 2008 Olympics.

The polycrystalline photovoltaic cells are laminated within the glass of the curtain wall and placed with changing density on the entire building’s skin. The density pattern increases building’s performance, allowing natural light when required by interior program, while reducing heat gain and transforming excessive solar radiation into energy for the media wall. 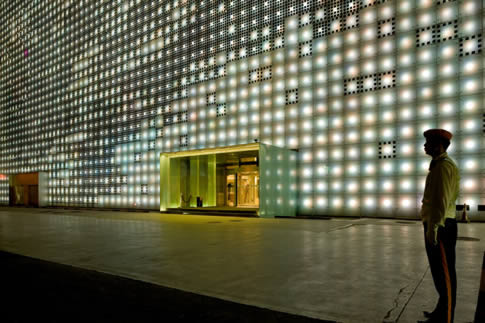 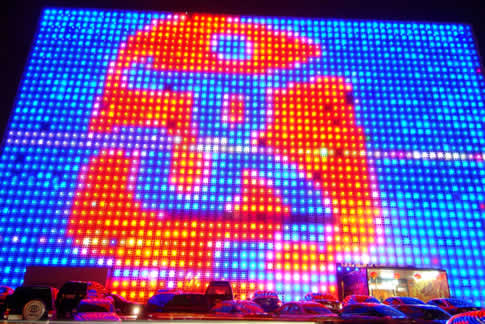 The building will open to the public in June 2008, with a specially commissioned program of video installations and live performances by artists.