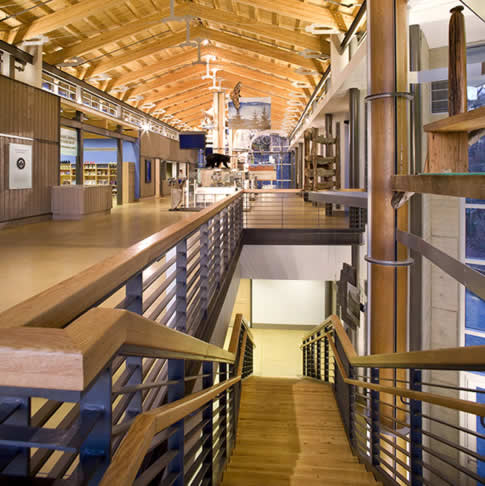 The new Blue Ridge Parkway Destination Center has just been completed in North Carolina. It’s a beautifully designed building that is also highly efficient — it will use 75% less energy than a comparable conventional building. The building has Trombe walls: a very clever feature that will reduce the building’s heating load by 35% alone!

Trombe walls are named for Felix Trombe, the French engineer who popularized the use of high-mass solar collectors in the 1960s.

The Center also has a planted green roof, and many other green elements. It won’t official open until April 2009.

More information can be found in EDC Magazine.