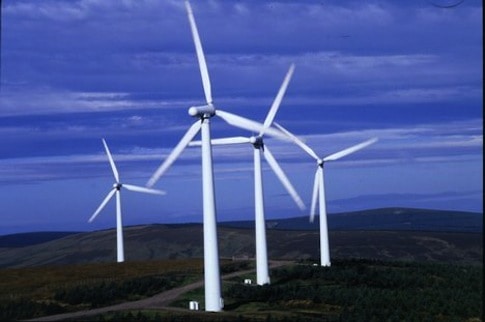 At a glance, New York City might not seem like a particularly “green” town, given all its traffic and densely built-up neighborhoods.  But on a per-capita basis, it consistently ranks as one of the most eco-friendly cities, thanks in large part to its unparalleled mass transit system and the small size of most homes and apartments.  And the city may soon get another boost to its environmental reputation with a proposed major installation of energy-producing wind turbines on Staten Island.


Staten Island’s massive Fresh Kills landfill was closed and capped with a thick layer of earth in 2001 (note: it’s an ironic name for a landfill, but “Kill” is an old term for a stream or waterway from the original Dutch settlers, in case you ever wondered.)  Since then it has been gradually developed as public parkland, but NYC wants to use some of the space for producing renewable energy as well.

Back in 2008, Mayor Michael Bloomberg outlined his plan to provide 10% of NYC’s electricity from wind turbines.  City government and the Department of Environmental Protection are now soliciting proposals from private energy companies to develop alternative energy facilities on several tracts of public land, with the Fresh Kills area at the forefront.

Several challenges still need to be overcome, including how to physically construct structures as massive as wind turbines on top of the carefully sealed waste, but the mayor and other officials remain optimistic.  And the project seems to be a fast-track priority for the city: according to DEP Commissioner Cas Holloway, “We have a whole strategy to develop renewables in the city and it’s pretty exciting. So you’re going to see movement on this pretty fast.”

4 thoughts on “Wind Turbines May Offer Green Energy In NYC”