Few historical inventions could claim to offer its users as much freedom as the bicycle. Suffragettes of the 19th century went so far as to call the bicycle a “freedom machine”. So it’s only fitting that cycling and freedom once again meet up at the Underground Railroad Bicycle Route. During the 1800s over 100,000 slaves sought freedom on the Underground Railroad, the network of people and places who assisted African-Americans escape slavery from the south. The Underground Railroad Bicycle Route follows along this historical 2,008-mile corridor from Mobile, Alabama to Owen Sound in Ontario with alternate routes through either Detroit or Buffalo around Lake Erie.

The route was developed by Adventure Cycling Association as a way to honor of the bravery of those who escaped bondage and those who helped. In partnership with the Center for Minority Health at the University of Pittsburgh as well as partnering with local communities, Adventure Cycling continues to promote and maintain the route with published maps, guided tours, and trip planning, including downloadable local maps for day trips.

Though thousands of different routes were used in the Underground Railroad, this route serves as a representation of the movement of slaves from the deep south northward. The route travels through a wealth of history including the town of Ripley, Ohio, home to famous Underground Railroad Conductors, and the National Underground Railroad Freedom Center and the Harriet Beecher Stowe House in Cincinnati. A side spur out of Waynesville, Ohio will bring you to Springboro, Ohio, home to the most documented safe houses in the state, one in which cyclists can even spend the night. 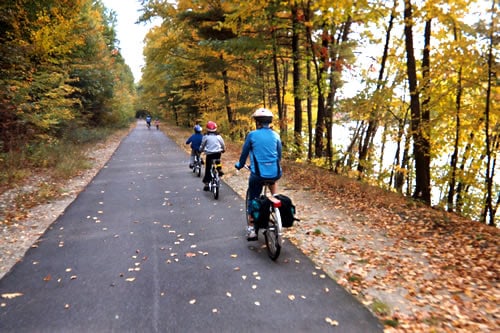 Divided into 5 sections, the route mostly follows along rivers and rural roads with light traffic, perfect for bicycle touring. Sections that go around the cities of Cincinnati and Columbus are more urban. The southernmost section from Mobile to Fulton, Mississippi travels through small towns with lush green landscapes that Adventure Cycling says is like “pedaling through a William Faulkner novel”. In Ohio, the route picks up the Little Miami Scenic Trail, one of the longest paved rail trails in the country, for some completely car-free cycling. The northern sections on each side of Lake Erie host numerous historic sites including safe houses and museums. The end of the line in Owen Sound was the final terminal for the Underground Railroad and hosts an annual Emancipation Day Celebration. 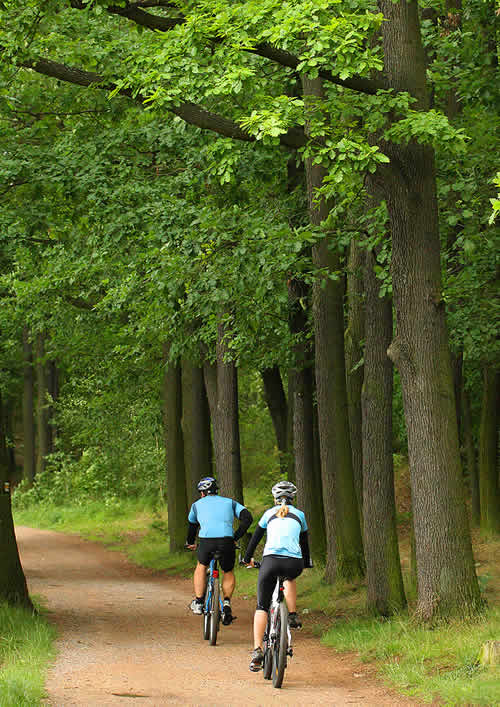