Most lists of the top bike-friendly towns include major metropolitan areas, but small towns, those with a population under 100,000, actually pull in higher percentages of bike commuters. Small towns have the advantage of smaller road grids, easier commutes, and local government support. The most bike-friendly small towns are typically college towns where bicycling is considered by college students as a less-expensive and less-hassle mode of transportation. The following bike-friendly towns were chosen by studying the most recent reports from Bicycling.com and the League of American Bicyclists who yearly hands out award recognition to bicycle friendly communities. 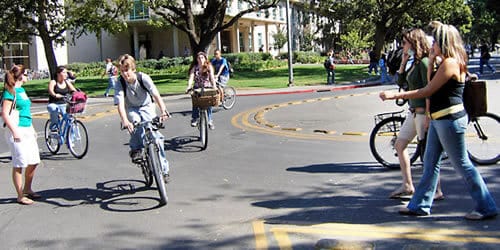 Sitting 15 miles outside of Sacramento, Davis, California is the most bike-friendly community in America. According to the League of American Bicyclists, a whopping 22.1 percent of Davis’ working population commute by bicycle.  Davis was the first city in the U.S. to add bike lanes way back in the 1960s and today 95% of their arterial roadways contain bike lanes. From bike-only traffic lights to an extensive network of bike trails to a university campus closed to motor vehicles, Davis has been an innovator in promoting a car-free lifestyle. 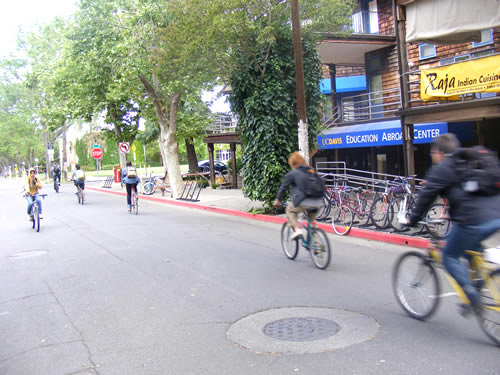 In 2009, Davis became home to the Bicycling Hall of Fame. With a population of 65,000, Davis garnered the prestigious platinum status bike-friendly community from the League of American Bicyclists, sharing the honor with Portland, Oregon and Boulder, Colorado. 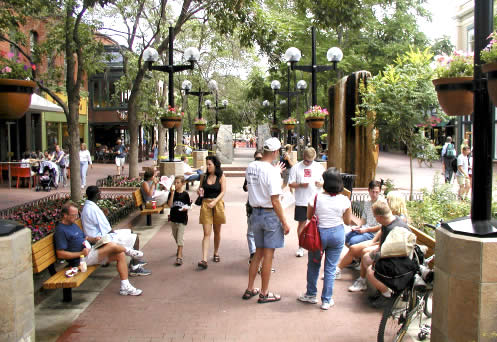 If you ever find yourself driving through the streets of Boulder, Colorado (pop. 97,000), just north of Denver, you’ll soon want to ditch that gas guzzler for the freedom of moving through town on a bicycle. With over 95% of roads containing bike trails and 15% of the transportation budget spent on building and maintaining bicycle routes, Boulder has deservedly become a model for other bike-friendly cities. Dedicated snow removal for bike lanes begins as soon as the snow flies. 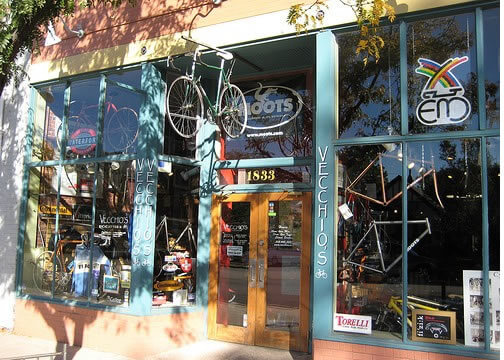 Not only does 9.9% of the working population in Boulder commute by bike, the Safe Routes to School initiative has caused one elementary school in Boulder to see 70% of students involved in walking or biking to school. The city operates GoBikeBoulder.net, an innovative website dedicated to helping cyclists navigate the over 300 miles of bike lanes, bike routes, and designated paths. It also provides mileage, calories burned, and money saved in transportation costs. Boulder is a favorite bike-friendly town of the League of American Bicyclists awarding them the distinguished platinum status. 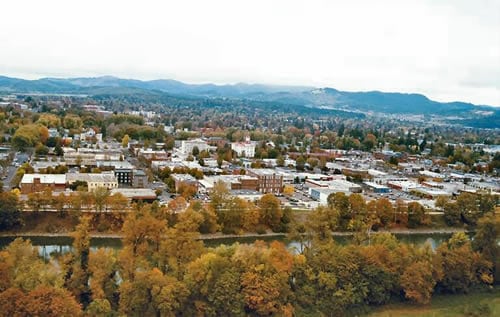 With it’s small size and flat terrain most bicycle trips in Corvallis, Oregon can be achieved in less than 15 minutes. The most recent citizen survey showed that 22% of the over 54,000 residents regularly commuted by bicycle. Though these impressive numbers can mostly be attributed to the fact that Corvallis is home to Oregon State University, city planners have long been dedicated to promoting bicycling throughout the town.

Bike lanes are found on 97% of collector and arterial roads. Elementary school students participate in a mandatory week-long bicycle training program and are encouraged to bike to school. Bike parking is required in proportion to vehicle parking at businesses, schools, apartment buildings, and offices and half of these must be covered bike racks. Corvallis received gold status as a bike-friendly community from the League of American Bicyclists. 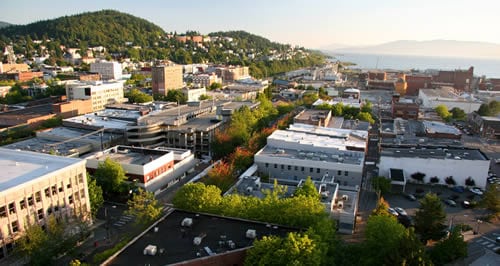 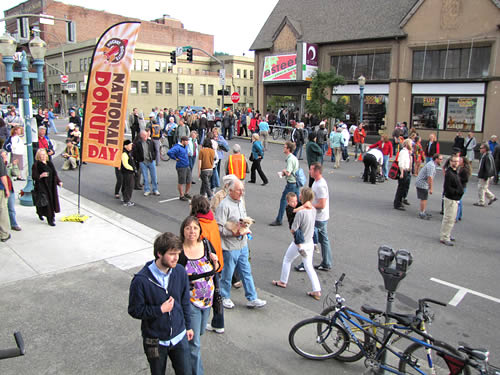 The city of Bellingham, Washington recently decreased single-occupant car trips by 8% and increased cycling, pedestrian, and bus trips by the same amount. Bellingham’s roads contain 21 miles of bike lanes and there are 27 miles of shared-use pathways. Bellingham is also popular for the many mountain bike trails found in the surrounding forests. 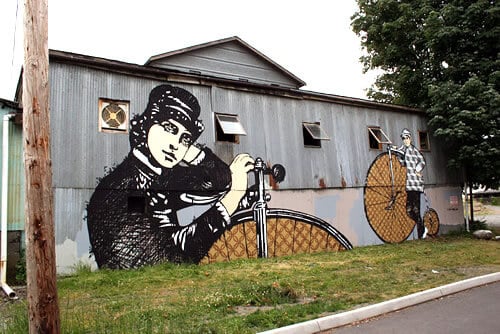 The town supports the Safe Routes to School initiative, a national program to increase the number of students who walk or bike to school. With a population of  81,000, 3% of Bellingham workers commute by bicycle. The League of American Bicyclists has awarded silver status to this bike-friendly town. 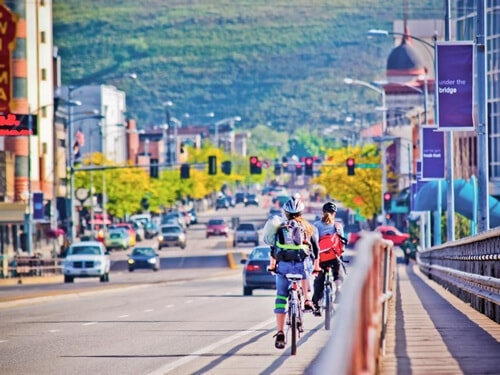 Located in western Montana, the town of Missoula (pop. 67,000) has operated a bike/pedestrian city office for over 25 years. Home to the University of Montana, the town recently opened a bicycle and pedestrian bridge linking the city center with the campus and 2 major bike paths. Missoula boasts a 5.64% bicycle mode share. And, yes, cycling continues even in the winter due to the town’s dedicated plows for bike lanes and bike paths. Other bike innovations include covered bike racks, bicycle detection at intersections, and Bicycle Ambassadors that teach traffic safety. The Missoula school district includes bike safety and skills as part of the physical education curriculum. The League of American Bicyclists has given the town of Missoula, Montana a silver status in bike-friendliness.