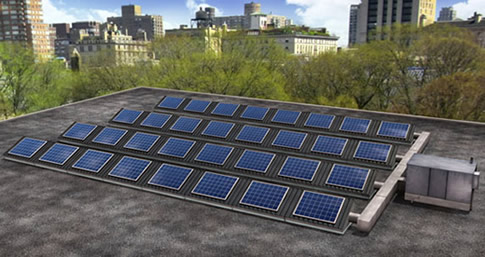 Solar energy is often used to heat water or generate electricity, but it can also be used to heat air. The SolarDuct is a new device that uses sunlight to heat air before it enter a ventilator. They are modular units that can be installed on buildings with flat roofs. 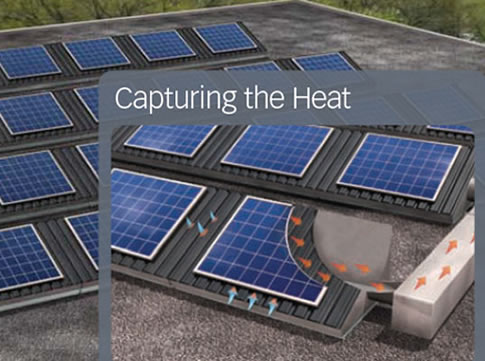 SolarDucts can also be used to remove heat from the back of traditional solar panels. Conserval Engineering is introducing the SolarDuct PV/T, which is a combination of solar photovoltaic and solar thermal in one assembly. The SolarDuct technology is based on their successful SolarWall product, which is being used by the US Army, Canadian Government, NASA, Ford, Federal Express, Wal-Mart and 3M. 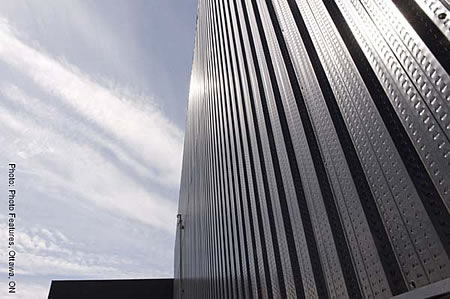 The SolarWall at the 3M plant in Perth, Ontario saves the company about $6000 per year in heating costs.