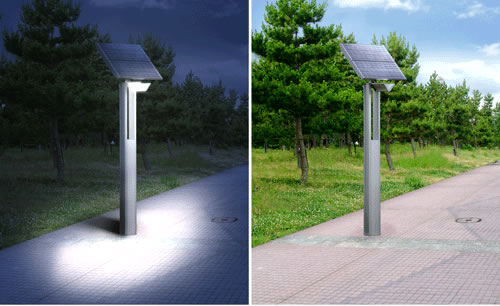 Sharp is introducing a new range of solar-powered LED streetlights. These self-contained lights charge during the day, and switch on automatically when darkness falls. They can operate for 10 years straight without maintenance. They make use of new, high-intensity LED spotlights, which are ideal for public parks. The LEDs illuminate with a directed light and don’t send light into the sky (thus causing light pollution). The streetlights also feature a Seismic Motion Sensor that detects the occurrence of a major earthquake. If an earthquake is detected, the light turns on at full brightness during the night, to assist during possible power interruptions.