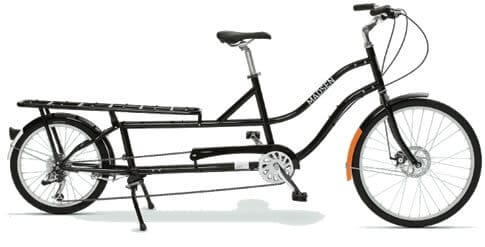 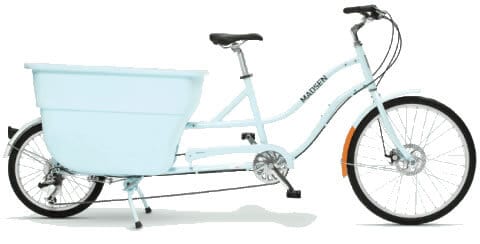 Here’s a rare find — a new longtail bike. This bike is called the kg271, and it’s made by Madsen Cycles. They describe the bike as an “urban utility bike”. It comes in two versions: one with a rack built with oversized steel tubing, and another version with a bucket that incorporates a removable seat and two seatbelts.

The bikes are available directly from Madsen for $1099 (for the rack version) and $1299 (for the bucket version).

See an in-depth review of the Madsen k271 at Tot Cycle. Here’s an excerpt:

They nailed the handling here. Easier to hop on and ride than a bakfiets, which has a bit of a learning curve, and similar in feel to a longtail, but with the advantage of a 20-inch rear wheel for lower load and more sturdy wheel. Unloaded and heavily loaded, it’s got a nice, stable, swoopy ride 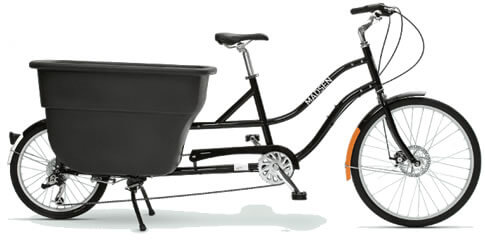