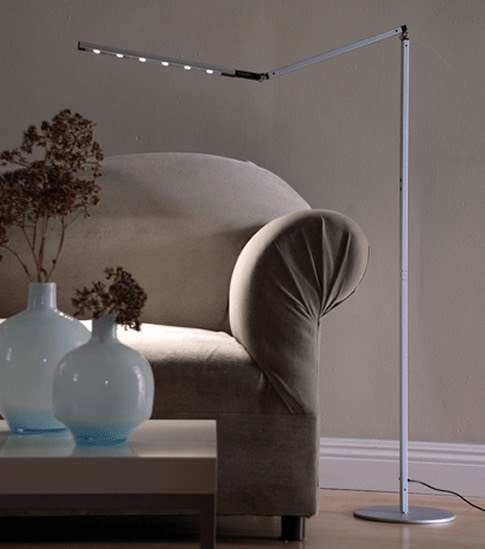 Koncept has released a new series of their I-Tower LED floor lamps. It’s good to see LED floor lamps becoming widely available. These lamps use the latest generation of high-power LEDs, which means they are brighter than the older I-Tower lamps, but they actually uses less power (8.8 watts). There are two models: a daylight

version (~3500 Kelvin). The lamps have a built-in 4 step dimmer. Koncept says the lifespan of these lamps is “at least 40,000 operating hours”. They are available from Amazon for $195.