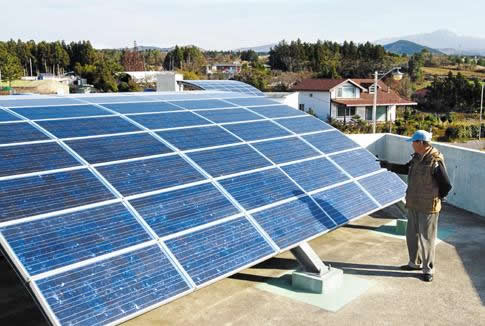 The Korean village Donggwang gets 100% of its power from the sun. The village is located on the semi-tropical island of Jeju-do. Near the village, Halla Mountain, a volcano and the tallest mountain in South Korea, rises from the island’s center amidst a patchwork of small farms. The village’s forty houses and the school all have large solar panels covering their roofs. A typical roof will have a two kilowatt solar installation. In 2004, the government subsidized the solar systems in Donggwang, paying 70% of the installation fees. 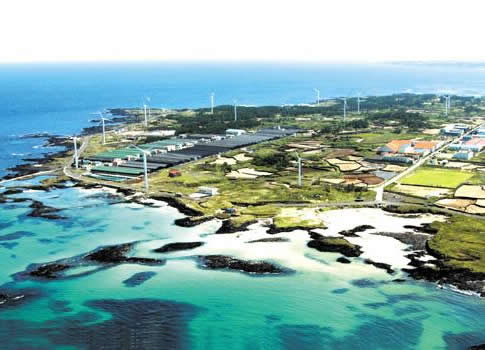 Jeju-du island also has a large wind farm. Last year, the local government announced its plan to raise the island’s wind power generation capacity to 500 megawatts (MW) by 2020, in order to replace 20 percent of conventionally generated electricity. It also had said it will replace 26 percent of existing fuel used in transportation to environmentally friendly fuel.
Via: EcoWorldly and Korea.Net