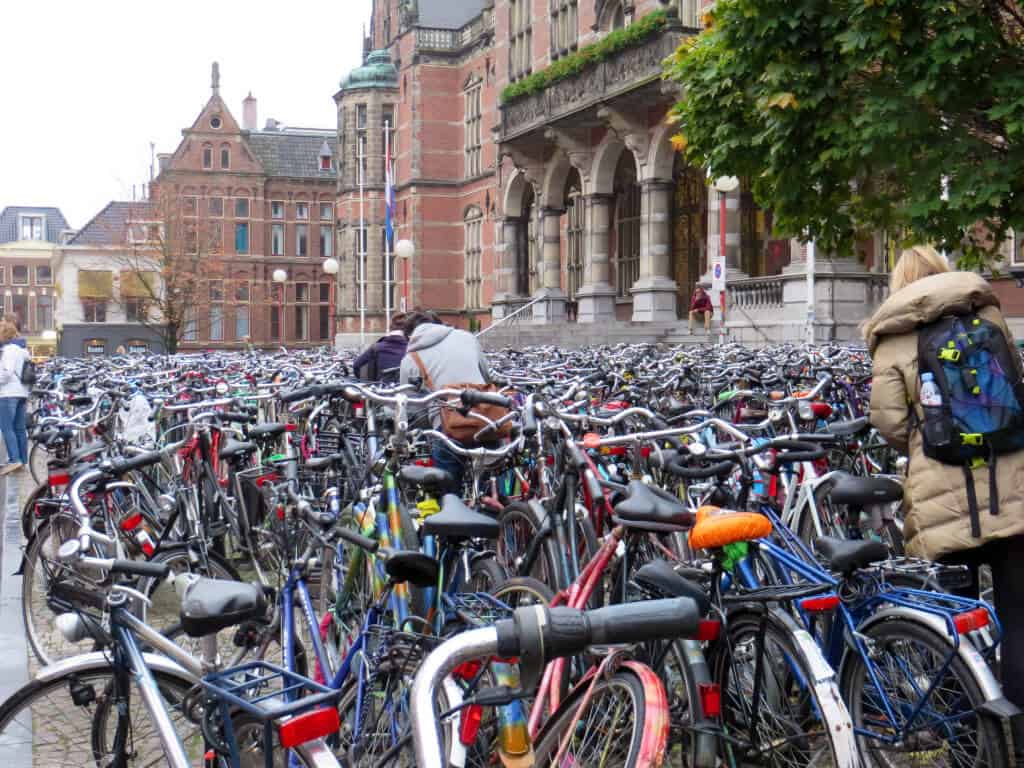 The On the Level: Car Free Blog has an interesting first-hand account of the bike-friendly city of Groningen in the Netherlands. According to the report, 57% of all trips are made by bicycle in this student town. The city has just completed a new underground bike park at their railway station. The post continues:

The station now has room for more than 4000 bicycles, all of them monitored 24 hours a day and many of them valet parked. There is bike repair, rental, and sales, and the facility is linked to other bike stations through a membership scheme. Cycling in Groningen, and indeed much of the Netherlands, is just the norm. By prioritizing cycle traffic over cars, the Dutch engineers have managed to balance the roadway’s playing field and allow a blossoming of bicycle transport as a practical network useable by just about everyone. The city planners in Groningen have been able to achieve this through what they call a system that is “continuous and integral.”

The bicycle planner for Groningen, Cor van der Klaauw, was nice enough to meet me on a Saturday, give me a tour of the City’s cycle network, and to explain exactly what continuous and integral means for bicycles in the context of an urban transport system. He says the city treats cyclists with respect– they create a network of cycling lanes and paths that never just ends suddenly (as often happens in the UK and the US). Cycling is the lifeblood of the city, and it must be given adequate space and time to flow safely and efficiently. There are entire housing developments that are built along major bicycle and scooter “roadways,” massive bike parks everywhere, many roads that are one way for cars but two way for bikes, and special signal phases for bikes. Understandably he is proud of what they have achieved, but is by no means resting on his laurels. “We think we can boost the numbers of cyclists even higher,” he says. “We have programs to introduce new immigrants to cycling. Many of them came from places where the car is the ultimate status symbol. We need to show them that in Holland, they can get around very easily by bicycle, status symbols aside.”

Via: On the Level: Car Free Blog

3 thoughts on “Groningen City: 57% Of All Trips Are By Bike”