eSolar is one of the early-stage companies Google is working with.

According to the Google.Org blog, of the early-stage companies they’ve begun to work with to drive down the costs of renewable energy are eSolar Inc. and Makani Power.

“We have gained expertise in designing and building large-scale, energy-intensive facilities by building efficient data centers,” said Larry Page, Google Co-founder and President of Products. “We want to apply the same creativity and innovation to the challenge of generating renewable electricity at globally significant scale, and produce it cheaper than from coal.” 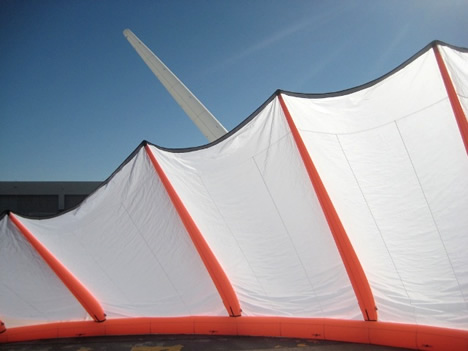 Page added, “There has been tremendous work already on renewable energy. Technologies have been developed that can mature into industries capable of providing electricity cheaper than coal. Solar thermal technology, for example, provides a very plausible path to providing renewable energy cheaper than coal. We are also very interested in further developing other technologies that have potential to be cost-competitive and green. We are aware of several promising technologies, and believe there are many more out there.”

Page continued, “With talented technologists, great partners and significant investments, we hope to rapidly push forward. Our goal is to produce one gigawatt of renewable energy capacity that is cheaper than coal. We are optimistic this can be done in years, not decades.” (One gigawatt can power a city the size of San Francisco.)

“If we meet this goal,” said Page, “and large-scale renewable deployments are cheaper than coal, the world will have the option to meet a substantial portion of electricity needs from renewable sources and significantly reduce carbon emissions. We expect this would be a good business for us as well.”

Coal is the primary power source for many around the world, supplying 40% of the world’s electricity. The greenhouse gases it produces are one of our greatest environmental challenges. Making electricity produced from renewable energy cheaper than coal would be a key part of reducing global greenhouse-gas emissions.

“Cheap renewable energy is not only critical for the environment but also vital for economic development in many places where there is limited affordable energy of any kind,” added Sergey Brin, Google Co-founder and President of Technology.