The slow cooker might have been around since the ‘70s, but this trusty kitchen essential has changed quite a bit over the past forty years. It’s faster, sleeker and more energy efficient and than its counter-top ancestors. No matter what your slow cook needs, there’s a top-rated model for you. And the best news? There’s not a drop of avocado or harvest gold in sight.

Here are some the best slow cookers currently available: 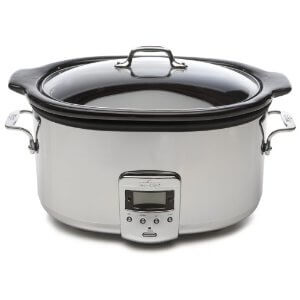 When it comes to being the best of the best in the kitchen business, no one does it better than All-Clad. While they are famous for their incomparable cookware, this company knows a thing or two about electrics, as well, as is proven by the All-Clad 99009 6 ½ -Quart Slow Cooker. The company boasts that its cooker is “simply the finest of its kind,” and its glass lid, pristine stainless exterior and practical handles prove that they are right on the money.

What’s more, this model has the longest cooking time of any slow cooker on the market. Twenty-six hours of “set it and forget it,” three temperature settings and a removable ceramic insert are only a few of the reasons that Consumer Search gives this gem the title of best programmable slow cooker.

Real Simple magazine hails the All-Clad cooker one of the best as well. And, while Amazon reviewers had mixed feelings about All-Clad’s electric appliance, giving it three out of five stars, it’s on my countertop, and I wouldn’t have anything else.

Perfection often comes at a price, and an investment in All-Clad is no different.

It is available at Amazon for abou $140 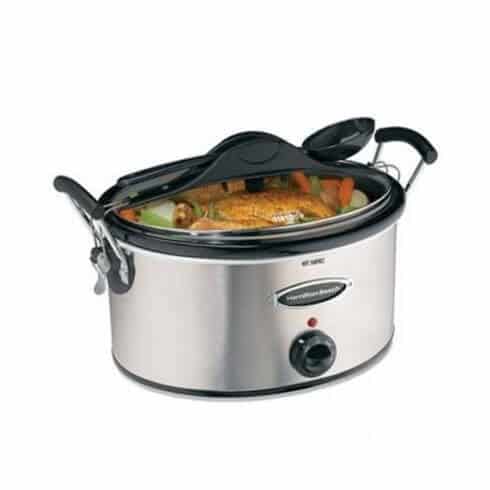 This cooker might not be programmable, but with three temperature settings, 6-quart capacity and a locking travel top, the Hamilton Beach Stay-or-Go 33162, is a superior slow cooker. Elegant stainless on the outside and dishwasher-safe removable ceramic on the inside, this cooker even comes with paper labels and a name tag slot so everyone at the party knows you’re serving Mom’s famous meatballs.

Amazon reviewers give it nearly five stars, Wal-Mart raters don’t have single complaint, giving this cooker an even five stars, and Consumer Search awarded it the coveted title of Best Basic Slow Cooker.

It’s available at Amazon for abour $60 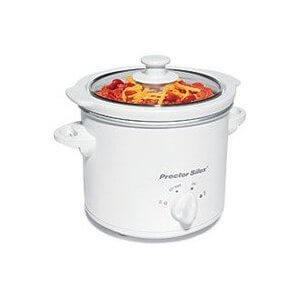 The Proctor Silex 33015 might be tiny in size and easy on your wallet, but it’s big on style and function. Its 1.5-quart size makes it perfect for individual meals, cooking for a couple, or keeping your signature spinach con queso warm throughout the entire Cinco de Mayo party.

This slow cooker has three temperature settings, making it great for cooking or reheating, and, best of all, the removable ceramic insert is dishwasher safe.

Cheapism hails it as one of the best cheap slow cookers and Amazon reviewers gave it nearly five stars. The only drawback? This slow cooker isn’t programmable.

Available for $13 on Amazon. 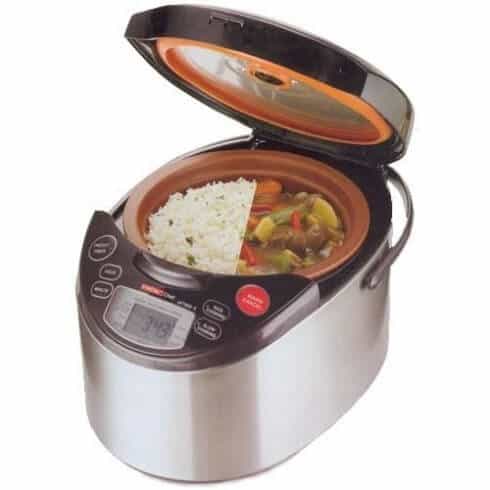 The VitaClay VF7900-4 Chef Gourmet Rice ‘N Slow Cooker Pro is made of all-natural, pure Zisha clay, which is inherently non-stick, so it doesn’t rely on chemical-laden coatings to keep your rice (or pot roast) from sticking to the sides. Plus, the brilliant design of VitaClay incorporates double lids that not only maximize steaming but also cook your food in half the time. So you’ll use half the energy of a conventional slow cooker and get dinner on the table faster.

But don’t think that all of this cooker’s earth-friendly assets mean you’ll have to sacrifice on convenience. The VitaClay is fully programmable with multi-program functions and an automatic to warm feature.

It’s RoHS, or Restriction of Hazardous Substances, tested. RoHS is a directive in the European Union that bans the use of certain hazardous chemicals in electronics.

1 thought on “The Best Slow Cookers”