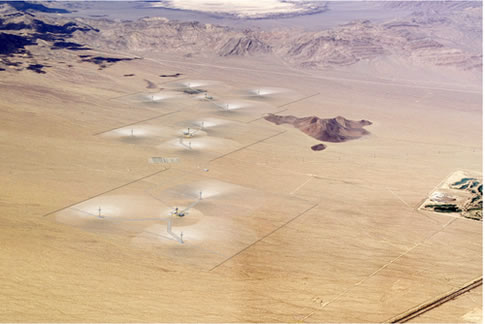 Pacific Gas & Electric today will announce a deal to buy as much as 900 megawatts of electricity. It will be enough to power 540,000 California homes each year, and involve the construction of five solar power plants during the next decade. The company to build the solar-thermal power plants in the Mojave Desert is BrightSource Energy. 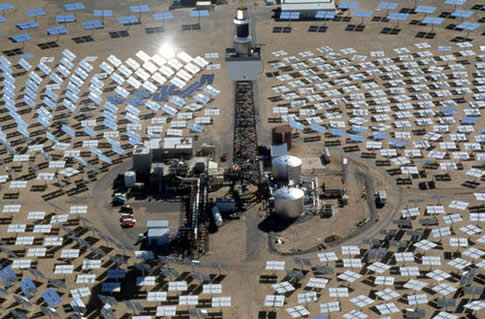 “From what I know, this is the biggest commitment ever in the history of solar,” said John Woolard, BrightSource Energy’s chief executive officer and president. “It’s a fairly significant undertaking on both sides.”

Building all five plants in the Mojave will cost $2 billion to $3 billion, Woolard said. The project, which faces regulatory and financing hurdles, could mean 2,000 construction jobs, and employ about 1,000 workers to operate the plants.

BrightSource uses what it calls distributed power towers, or DPTs, in which sunlight from thousands of movable mirrors are concentrated to heat water to more than 1,000 degrees in a boiler to make steam. That steam feeds a turbine that makes electricity.

BrightSource will begin the first demonstration of its technology at a small-scale plant in Israel in April. It anticipates the first of its five California plants for PG&E, a 100-megawatt facility, to be up and running “as early as 2011,” Woolard said. That plant, and a larger 200-megawatt plant scheduled to begin operation in 2012-13, will be built on the Ivanpah dry-lake bed in San Bernardino County.

Three other BrightSource 200-megawatt solar plants also are planned, to be built from 2014 to 2016 at the Broadwell dry lake, about 100 miles southwest of Ivanpah.