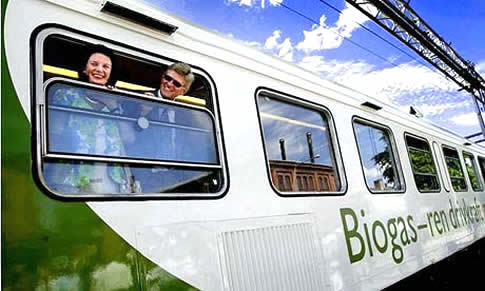 In Sweden, 25% of all energy use is derived from biomass. In Linköping, Sweden’s fifth biggest city, all the buses and garbage trucks run on biogas. The also have a biogas powered train line and some private taxis run on biogas. 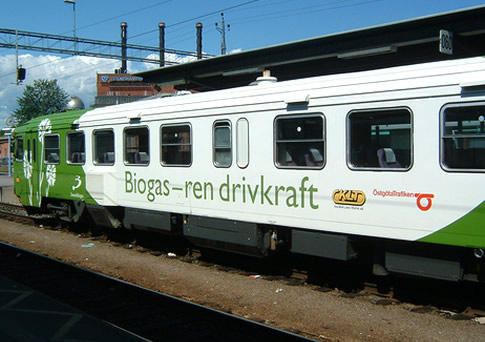 Last year, the Swedish government converted more than 700,000 liters of ‘confiscated alcohol’ into biofuel, which otherwise are poured down the drain by the customs officials, as a standard procedure. “Amanda,” thought to be the world’s first biogas train, started chugging along the southeast coast of Sweden in 2005. 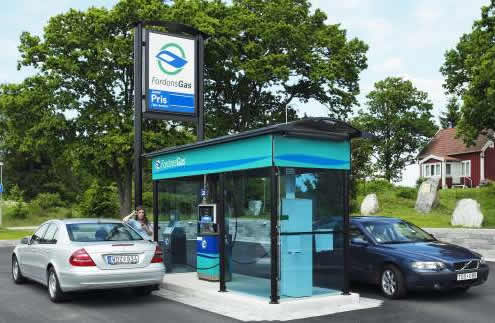 You can find biogas being sold at gas stations around Sweden. Cars using biogas created a stir when they began to be rolled out on a large scale at the start of the decade. The tailpipe emissions are virtually odorless, the fuel is cheaper than gasoline and diesel, and the idea of recovering energy from toilet waste appealed to green-minded Swedes. 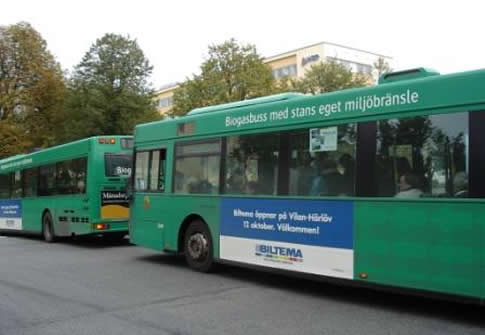 In Stockholm, 25% of city buses run on biogas or ethanol.

A comprehensive book about of biogas is the Complete Biogas Handbook. It’s technical but full of information on this fuel. See also the book, Reusing the Resource, which is all about treating sewage as resource, not a waste product.

For more on biogas in Sweden, see this article in The Guardian