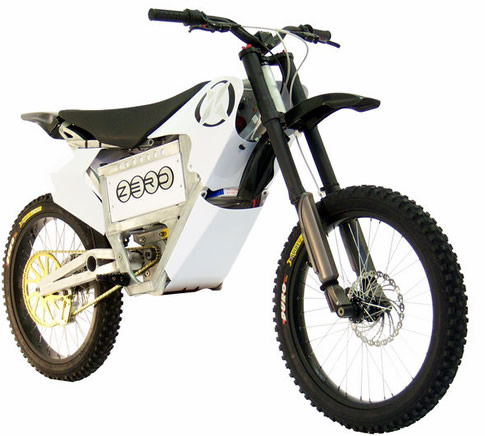 The Zero X Motorcycle was designed from the ground up to be a 100% electric bike. What makes this new bike truly different is that it contains 168 individual high-power lithium ion cells and is expected to endure six years of hard riding. Zero Motorcycle’s power grid technology has the highest power density (power storage per weight) battery pack on the market, delivering the full current of the battery pack immediately, safely and without overheating. Riders get the enjoyment of up to 2 hours of quality riding without seeing any impact on performance. To complete the cycle and keep it green, the Zero X battery unit is 100% recyclable and landfill approved. You can see some videos of the bike in action here. 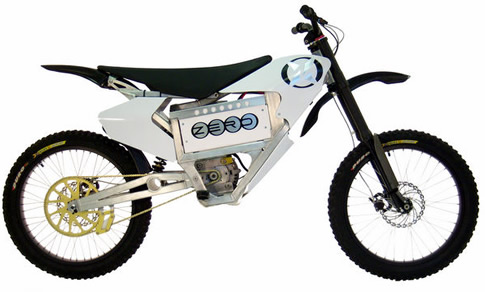 The designer, Neal Saiki, applied his aerospace engineering degree and 15 years as a leading mountain bike designer to the problem. The chassis is made out of aircraft aluminum making it one of the lightest motorcycle frames on the planet at 18 pounds. More than 300 individual parts were custom fabricated and result in a total weight of only 140 pounds. That helps the Zero X weigh in at less than half the weight of a gas powered motorcycle.

According to Saiki, people who initially wanted to buy a Zero X unit decided to do so because the motorbike is silent and emissions-free. However, customers were reportedly also impressed with its performance. 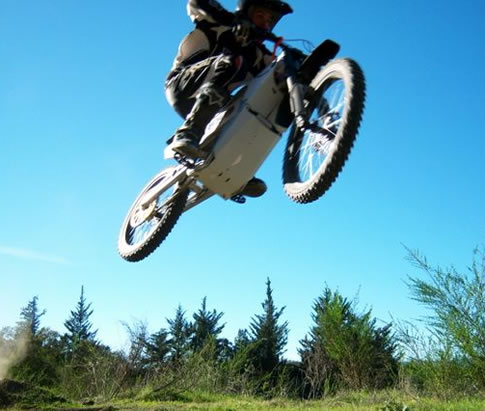 The bike was recently demonstrated in Vegas, here is a reaction:

“I rode the Zero X prototype in a demonstration motocross race in Las Vegas in 2007 and was very impressed,” said National Motocross Champion, Hall of Famer and TV commentator Jeff Emig. “I’m expecting the production version to have a huge impact in the motor sports industry.”

If you are interested, you can buy one from the company’s Web site — a standard bike costs $7,450, plus $300 for shipping across the US.