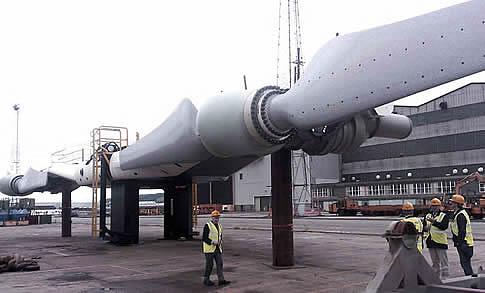 The world’s largest tidal turbine, weighing 1000 tonnes, has been installed in Northern Ireland’s Strangford Lough. The tidal turbine is rated at 1.2 megawatts, which is enough to power a thousand local homes. It was built by Marine Current Turbines, and it will be the first commercial tidal turbine to produce energy, when it begins operation later this year.

The turbine has twin rotors measuring 16 meters in diameter. The rotors will operate for up to 18-20 hours per day to produce enough clean, green electricity. 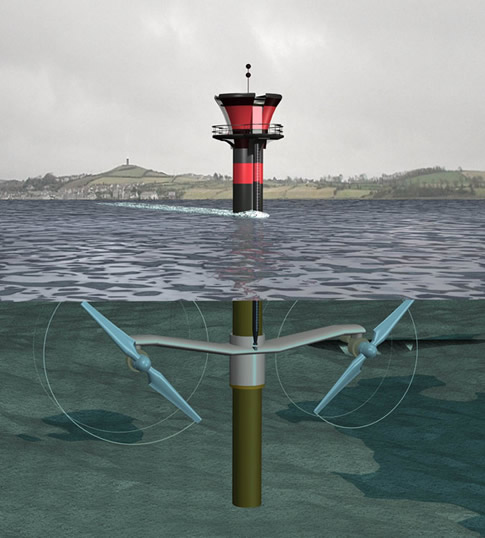 The turbine will be positioned 400 meters off of shoreline in Strangford Lough, which is know for its fast tidal current, and protection from severe weather.  The rotors on the SeaGen turbine turn slowly: about 10 to 20 revolutions per minute. A ship’s propellers, by comparison, typically run 10 times as fast. The risk of impact from SeaGen rotor blades is small, because the marine creatures that swim in strong currents tend to be agile, and can avoid slow-moving underwater obstructions.

Commenting on the future prospects for tidal current energy, Martin Wright, Managing Director of Marine Current Turbines said: “We will build on the success of SeaGen to develop a commercial tidal farm, of up to 10MW in UK waters, within the next three years. With the right funding and regulatory framework, we believe we can realistically achieve up to 500MW of tidal capacity by 2015 based on this new SeaGen technology.”