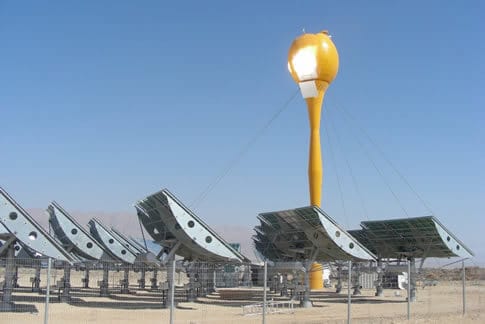 This unusual solar tower was designed by Israeli architect Haim Dotan for AORA Solar. It is set to launch on June 24 in South Israel.

The tower has 30 tracking mirrors (heliostats) that reflect sunlight towards the top of a 30-meter high solar tower. The top of the tower has a special solar receiver and a 100kw gas turbine. 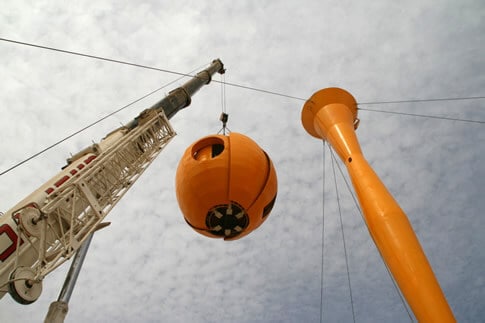 The patented receiver uses the sun’s energy to heat air to a temperature of 1,000 degrees Celsius and directs this energy into the turbine. The turbine in turn converts the thermal energy into electric power that is fed directly into the national power grid. 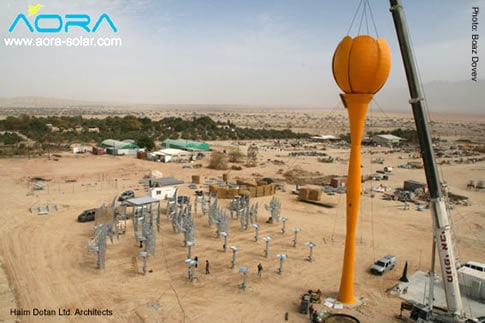 Unlike other solar towers around the world, which are primarily utilitarian towers made of grey galvanized steel, this tower is shaped and colored like a flower. The low cost solar tower is made of recyclable materials, mainly pre-fabricated curved steel sheets, which can be easily assembled and erected in just two days.

As more energy is needed and as the station expands, additional towers may be erected in a variety of colors, creating a  colorful garden of solar power flower towers.

13 thoughts on “A Solar Flower Tower Rises In The Desert”

Leave a Reply to He Cancel Reply