Update: We’ve posted a new review of the best LED Desk Lamps for 2009.

LEDs really shine as reading lights and desk lamps. LEDs have a directed beam, so they do not disturb others when used as reading lights (in bed for example). LEDs also do not get hot to the touch, so there’s no risk of burns, or excess heat in the summer. Because LED light is so focused, even a 100 lumen LED desk lamp will seem quite bright when it’s used as a task light.

Here’s a survey of the best LED desk lamps available: 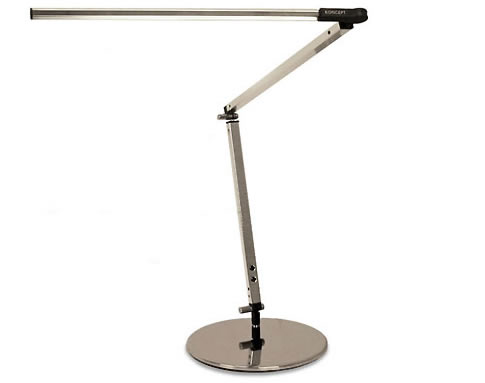 The minimalist Z-Bar LED Desk Lamp by Koncept has 66 LEDs that shine using only 8.8 watts of power. The newly released “high power” version of this lamp generates 240 lumens of light.

This is currently my favorite lamp. The design was good enough to help it win an I.D. Magazine “best of category” award. It comes in three colors, and is available from Amazon

There’s also a 40 LED version of the Z-Bar lamp– the Mini-Z LED Desk Lamp, but apparently it is not bright enough to make most buyers happy. 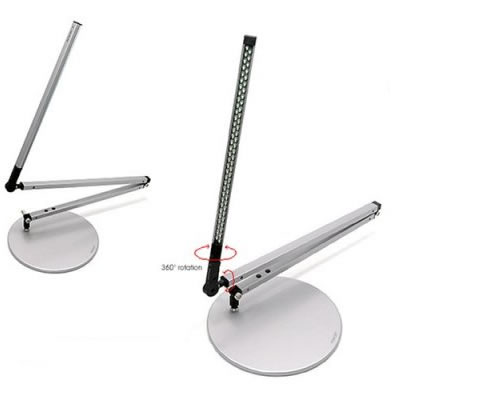 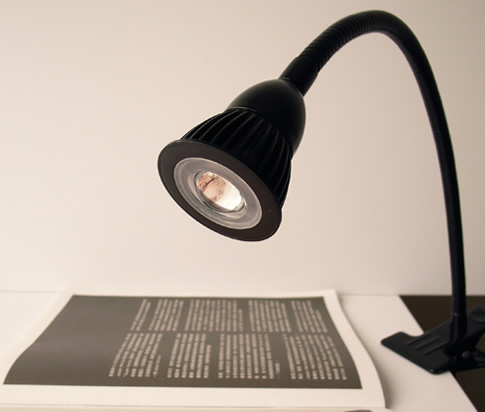 The Night Reader lamp comes in two versions: a “warm white” version and a “daylight” version. It uses only 4 watts and outputs 100 lumens of light. It’s available from The LED Light for about $60. 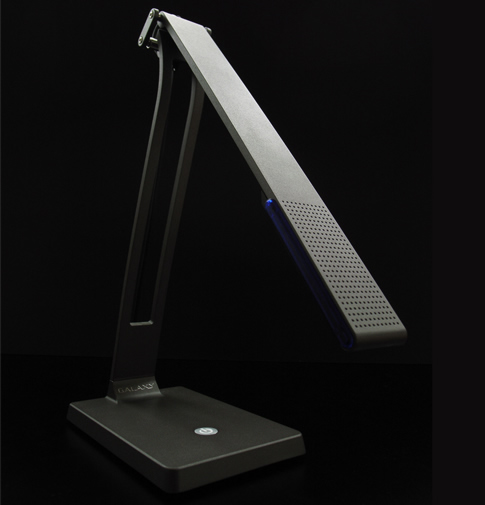 Another new release from Alliance Optotek is this classy Libra desk light, which illuminates with 280 lumens using only 12 watts. It’s available from The LED Light for $195.

Moppel lights are fun LED lamps, which can be bent into various poses, and stuck to surfaces using suction cups. They are available from Amazon