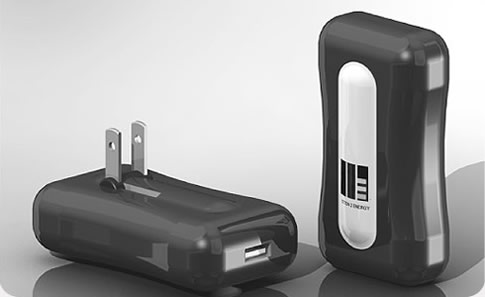 A company called M2E Power has announced plans today to release a charger that will powered by kinetic motion. The released date is expected to be next summer. The charger derives power from the motion of walking, jogging, cycling, or driving. Six hours of motion provides 30 to 60 minutes of charging power. It will be priced between $25 and $40.

The kinetic energy system uses the Faraday Effect —  a magnet moves against a coil every time the charger moves, generating a charge that is captured in a capacitor. A logic circuit takes the charge to the built-in lithium-ion battery, where it is stored until needed.

On a larger scale, M2E hopes to use kinetic energy to enhance wind, hydropower, and tidal power efficiency.