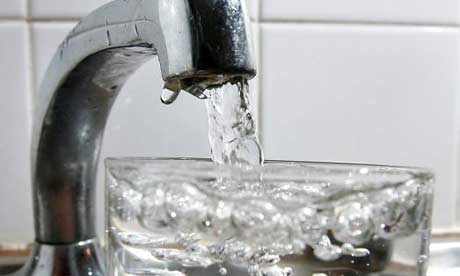 It’s in our drinking water, our toothpaste and even the bottled juices and sodas we drink. Fluoride, according to the American Dental Association, is a key mineral in the fight against cavities and can even repair the early stages of tooth decay. The ADA warns, however, that, like any other nutrient, fluoride can be misused and, in some circumstances, can become a double-edged sword.

While dental health has improved significantly in the United States since the fluoridation of water in the 1950s, interestingly, countries without fluoridated water have shown an equally significant improvement. And, in contrast to the good it’s purported to be doing, there have been serious accusations that this tooth saver contributes to everything from thyroid disorders to infertility to pre-term birth and anemia during pregnancy. More research needs to be done to confirm conclusively that there is a link between fluoride and these health risks. Two serious issues — dental fluorosis and cancer — have been linked to fluoride consumption again and again, and a growing body of evidence suggests that we, as consumers, should be concerned. Read on to learn more about what the experts are saying and what you can do to keep your family safe.

This condition, which discolors teeth during tooth formation creating white spots in very mild cases and pitting and brown discoloration in more severe cases, has been consistently on the rise since the fluoridation of water in the U.S. in the 1950’s. Currently, in the United States, roughly 22% of children have some sort of dental fluorosis, according to The Wall Street Journal. The Journal of the American Dental Association reported that, according to local and regional studies performed in the United States and Canada, fluorosis prevalence ranged from 20% to 80%, depending on the area. According to the Centers for Disease Control, that statistic makes fluorosis the most prevalent confirmed risk associated with overexposure to fluoride. Fluorosis is not damaging to the function of the teeth but is certainly unsightly and can be costly to fix as the only real solution to the problem is veneers. Regardless, the prevalence of fluorosis indicates that children are being exposed to too much fluoride, a substance that both proponents and opponents can agree should only be consumed in the minimum amount necessary to be effective.

While the fluoride in water — either naturally occurring or fluoridated — and juices and drinks bottled in areas with fluoridated water can contribute to fluorosis, a study conducted by the School of Dental Medicine at the University of Connecticut Health Center found that young children brushing their teeth with more than a pea-sized amount of toothpaste more than once a day contributed to most of the fluorosis cases it observed. When swallowed, even that pea-sized amount can cause fluorosis in areas where drinking water contains fluoride, according to The Washington Post.

While fluorosis may or may not be something that keeps you up at night, cancer is certainly something that most of us would like to avoid if possible. While there is conflicting data with most any study, the Department of Health in New Jersey found that fluoride intake was positively linked to osteosarcoma — a malignant bone tumor — in boys. In addition, EPA research has confirmed that fluoride, even at low levels, causes bone cancers in an animal model. In fact, in 2005, 11 unions representing 7,000 EPA workers called for a moratorium on fluoridating drinking water after allegations that a Harvard University Dental Professor had downplayed evidence that fluoridated tap water increased the risk of bone cancer in boys.

The majority of evidence concludes that fluoride is mutagenic, meaning it changes genetic material. Many, many mutagens are also carcinogens, substances that cause cancer, and, because the uptake of fluoride by growing bones is rapid, the link makes sense. More studies need to be conducted to definitively prove the link between fluoride and cancer, but, in the meantime, there is a body of evidence that supports the finding. Why take the risk if you don’t have to? 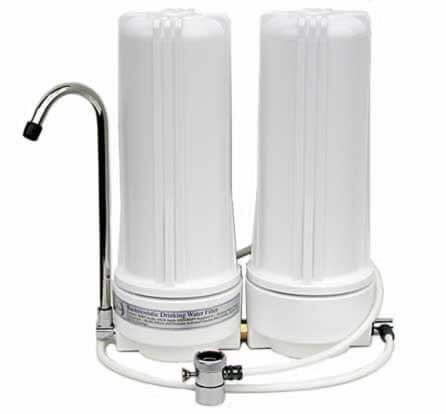 If you live in an area with fluoridated water, keeping your family away from it might seem like a losing battle, especially since the BPA in bottled water could be equally if not more harmful than fluoride. Fortunately, the solution to reducing fluoride in your tap is fairly simple and cost-effective. While popular water filters such as PUR and Brita don’t reduce fluoride, Tap Master makes a convenient countertop fluoride filter that also removes arsenic, selenium, chlorine, VOCs and TOCs. If you prefer an under-counter filter, a ceramic version is available from Doulton.

If the idea of your little one swallowing fluoride in his or her toothpaste is too much for you to take, there are a number of fluoride-free toothpastes readily available. Burt’s Bees makes a great-tasting Berry Bee natural toothpaste especially for the littlest members of the family. Tom’s of Maine has an anti-cavity, fluoride-free version for the everyone.

The bottom line on fluoride is that, while a little is good for teeth, the majority of us are probably getting quite a bit more than we need. Take the measures you are comfortable with to reduce your fluoride exposure and, when in doubt, ask your dentist.

3 thoughts on “The Fluoride Debate”