Recently, I tested trading-in some of my old books, electronics, DVDs and CDs that were gathering dust on my shelves. I was able to free up some shelf space, and in addition I received some cash and credit (about $600 total). All of these trades went smoothly, the most laborious part was packaging all the items in a box, and shipping them out. Here are the trade-in services I used: 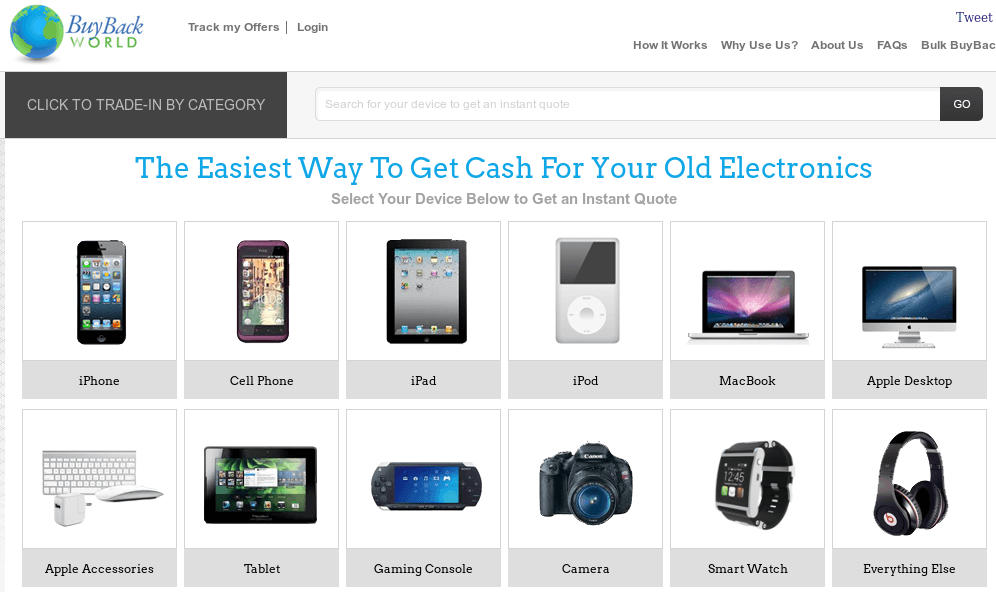 BuyBackWorld is my recommended site for trading-in electronics. They accept many types of devices and accessories, and they offer good rates. For example, a first-generation iPad with 32GB in average condition will get you $56.

Payment is via personal check or Paypal.

You can opt to have a pre-paid mailing kit sent to you for free, or you can print a pre-paid USPS label, and do the mailing yourself. 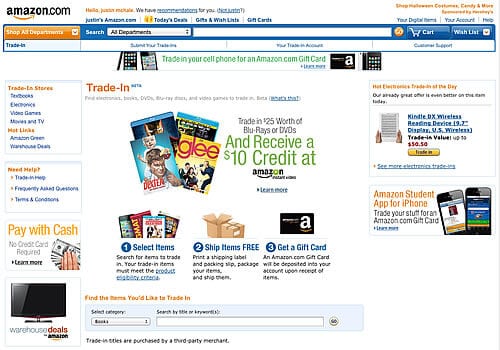 With the Amazon Trade-In Store, you can trade in books, DVDs, electronics and video games for an Amazon gift card (i.e. store credit). I received a total of $378.16 in credit for trading in a total of 90 items (75 books, 13 DVDs and 2 videos games). My books ranged in value from $0.25 up to $21 for a book about residential lighting. I received average of $3 per item for my old DVDs and video games.

Overall, the Amazon Trade-In Store was quite convenient, but they didn’t accept some of my older books and electronics…. 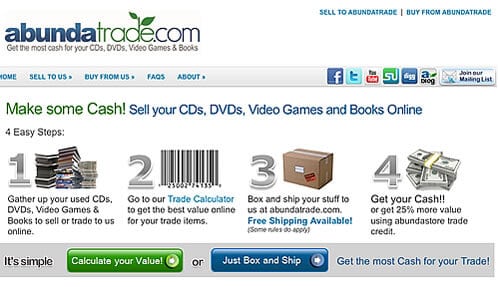 I found Abundatrade — this store accepted my CDs for a cash trade, and they also accepted many of the books that Amazon rejected. There are similar services out there (like Spun and SecondSpin) but they didn’t accept as many of my CDs and their valuations were not as good.

At Abundatrade, I traded in 64 CDs for total of $66.91. They didn’t reject any of my CDs, but their trade-in process isn’t as streamlined as Amazon’s, and I had to pay for shipping, which was about $8, so the grand total was $58.91 (or about $1 per CD). I opted to be paid via Paypal, if I had opted for Abundatrade store credit, I would have received a 25% bonus.

Update: Abundatrade just accepted 49 books which were not recognized or valued by the Amazon system for $88.

1 thought on “The Best Places To Trade-In Your Electronics, DVDs & Books”