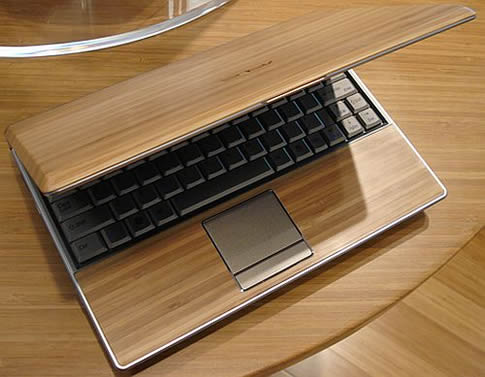 Bamboo is an ideal material to fashion into gadgets — it’s tough but lightweight, and it wears well. I also find it much more pleasing to the eye than plastic. But few bamboo-clad electronics have made it into mass production yet. One exception is ASUS’s bamboo-cased version of its U2E notebook which is now available (currently only in Asia). ASUS says buyers will be able to choose different color treatments for the bamboo.

Beyond the bamboo, this notebook has other green elements. It’s energy efficient thanks to a “Super Hybrid Engine” that ASUS says boosts battery performance. According to the company, the Engine can extend battery life between 35% and 70% as compared to notebooks with the same specifications, and but enable users to boost their systems’ performance by up to 23%. It achieves this by intelligently monitoring the power requirements of the notebook’s components and automatically adjusting the power levels in real-time to match the current consumption needs, thus optimizing both system performance and power efficiency. 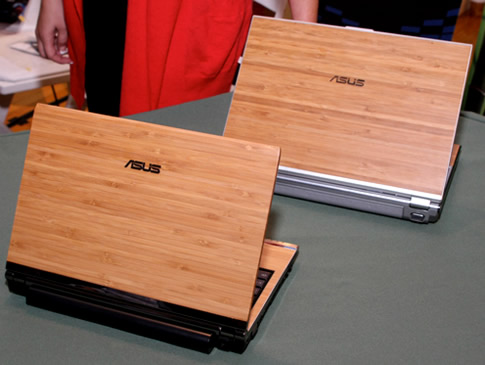