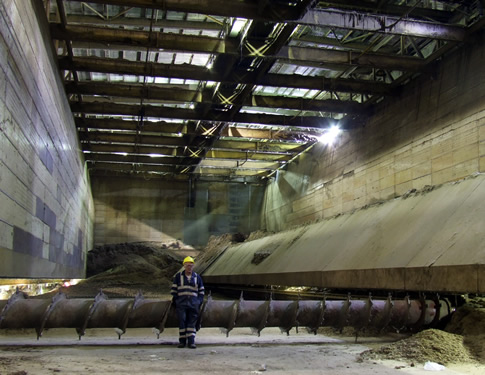 The world’s largest biomass power plant running exclusively on chicken manure has opened in the Netherlands. The power plant will deliver renewable electricity to 90,000 households. It has a capacity of 36.5 megawatts, and will generate more than 270 million kWh of electricity per year.

The biomass power plant is more than merely “carbon neutral”. If the chicken manure were to be spread out over farm land, it would release not only CO2, but also methane, a very potent greenhouse gas. By using the manure for power generation, the release of methane is avoided.

The biomass power plant will utilize approximately 440,000 tons of chicken manure, roughly one third of the total amount produced each year in the Netherlands. Many European countries, including the Netherlands, suffer under an excess of different types of animal manure that pollute the environment.