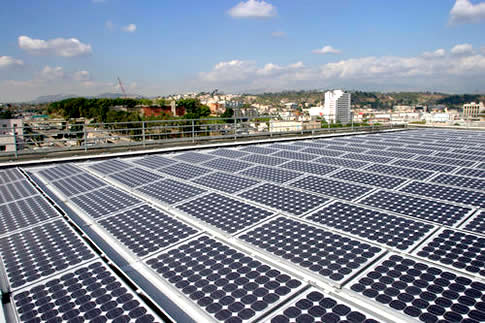 In an ambitious move, a Californian utility plans to create a massive, distributed “powerplant” by installing a total of 2 square miles of solar cells on the roofs of businesses. Southern California Edison plans to install 250 megawatts’ worth of solar power, generating enough electricity to power 162,000 homes. 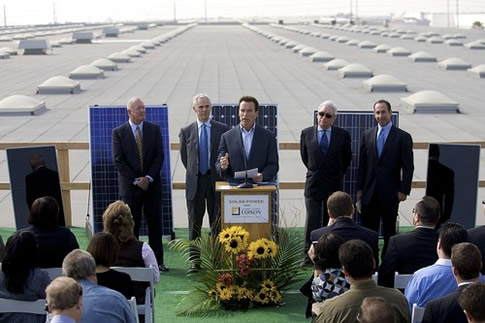 It’s a potentially game-changing move, one that could lower the cost of solar cells as manufacturers ramp up production to meet the utility’s schedule of installing a megawatt-a-week of arrays until it reaches the 250-megawatt target. That alone is more than United States’ entire production of solar cells in 2006 and will generate as much electricity as a small coal-fired power plant, albeit with no greenhouse gas emissions.

The $875 million initiative also marks the first big foray into so-called distributed energy by a major utility. Instead of building a centralized power station and the expensive transmission system needed to transmit electricity to the power grid, Edison will connect clusters of solar arrays into existing neighborhood circuits. A significant hurdle for the massive megawatt solar power plants planned for California’s Mojave Desert is the need in some cases to build multi billion-dollar transmission systems through environmentally sensitive lands to bring the electricity to coastal metropolises.

The initiative will work like this: Edison will lease the warehouse rooftop space from building owners in Riverside and San Bernardino counties. The utility will outsource the installation, and retain ownership of the solar cells.

This plan will be exciting if it is achieved, and it will become a model for other utilities to follow.