Solar cells really shine at charging your batteries at remote location or on a boat. They are also useful for maintaining a charge on a 12V battery, such as a car battery. The best (and most expensive) solar battery chargers are flexible, thin-film solar cells. These cells can be folded and packed away easily.

You can find get basic solar charger for under $25, such as the Sunforce 1.8 Watt Solar Battery Maintainer. These solar charger are good for trickle charging or topping off the charge of a 12 V battery. Sunforce chargers get good reviews from owners at Amazon.

You can plug the Sunforce 1.8-watt solar charger into your vehicle’s 12-volt lighter socket and position the panel to pick up the most daylight possible. Or, if you prefer, use the alligator clips to connect it directly to the battery, so you can keep your lighter socket open for cell phone chargers or other accessories.

A higher wattage charger will charge your battery more quickly. When in doubt, opt for a higher power charger because owners are often disappointed with the charging times of lower wattage chargers. Sunforce offers a 5 watt charger, a 15 watt charger and a 60 watt charger. However, once you got over 15 watts, rigid solar cells start to get bulky, so you might want to opt for a flexible solar charger (see below)

Another good range of solar charger is the Coleman solar chargers, which are similar to the Sunforce chargers. 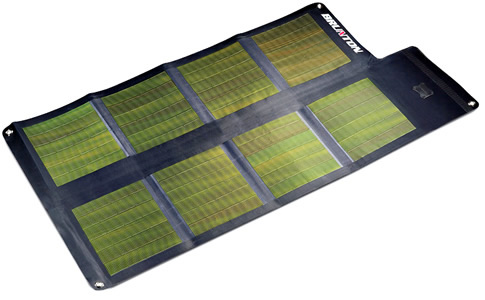 The entry-level Brunton charger is the Solaris 6, which produces 6 watts of power. However, most remote users opt for the Brunton Solaris 26. This flexible solar charger that generates 26 watts but measures only 21.5” by 37.5″ and folds down to 11″ by 8.5” by 1”. The Solaris 26 is available from Amazon 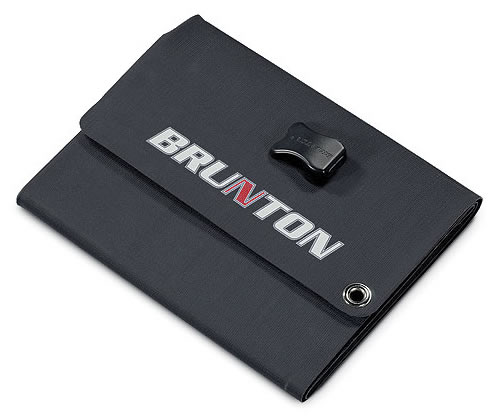 A useful addition to a solar charger is a portable power station. A power station will store energy generated by the solar cells, so it can be used when needed (like at night). Brunton offers the Solo series of lightweight power stations. These units can be recharged by plugging them into a USB port, household outlet, vehicle DC outlet (cigarette lighter socket) or by using Brunton’s solar panels.

Brunton’s lightest power station is the Solo3.4, which weighs just 12 ounces. It has a 3.4 Amp/H lithium-ion battery inside, and it can be used to charge a variety of small electronics. It comes with adaptors for iPod, mini USB Motorola, Nokia, Sony Ericson cell phones, and Playstation PSP. 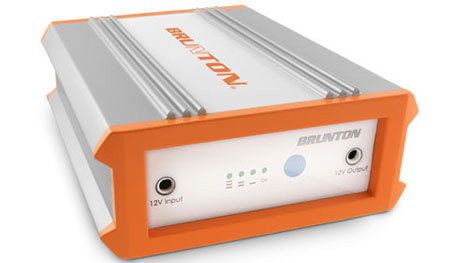 In November 2008, Brunton will be releasing the Solar 7.5 and Solar 15, which will have larger power storage capacities.