An off-grid experimenter in Australia, Tom Chalko, has retrofitted a chest freezer to create a fridge that uses only 100 watt-hours (0.1 kWh) per day! Why a chest freezer? Tom points out that vertical door refrigerators are inherently inefficient. As soon as you open a vertical fridge door the cold air escapes, simply because it is heavier than the warmer air in the room. When you open a chest freezer, the cool air stays inside, just because it’s heavy. Any leak or wear in a vertical door seal causes significant loss of efficiency.

Tom took a standard chest freezer (a Vestfrost SE255), added a $40 external thermostat, then wired the freezer to turn off when the desired temperature was reached. The thermostat runs on 2 AAA batteries which last for months. The freezer runs for about 90 seconds per hour and then shuts down completely, making it not only very efficient but very quiet. 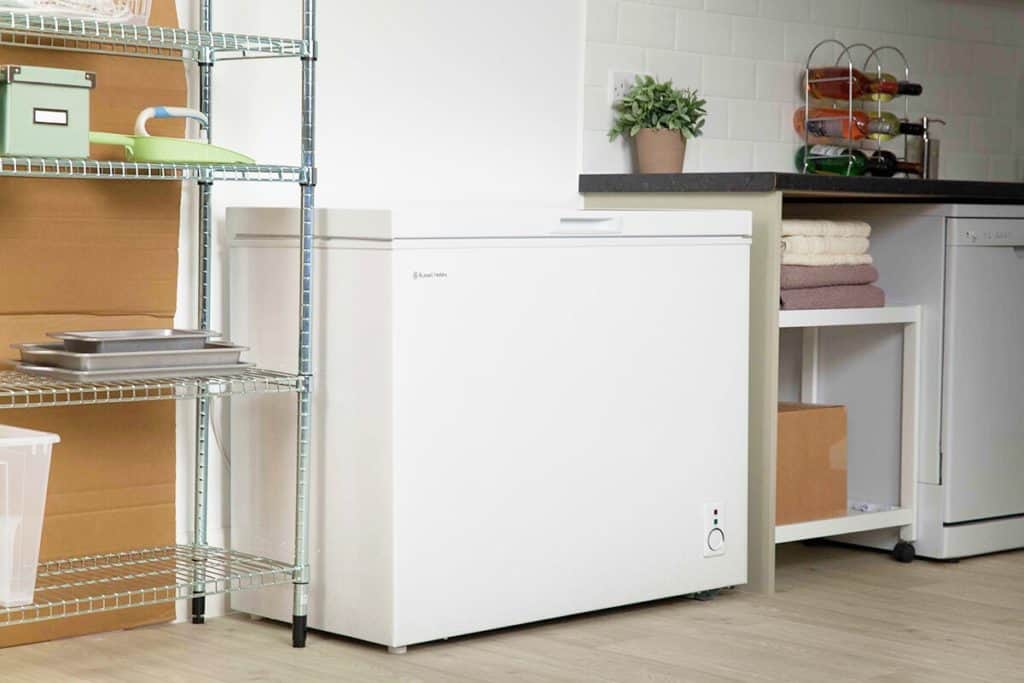