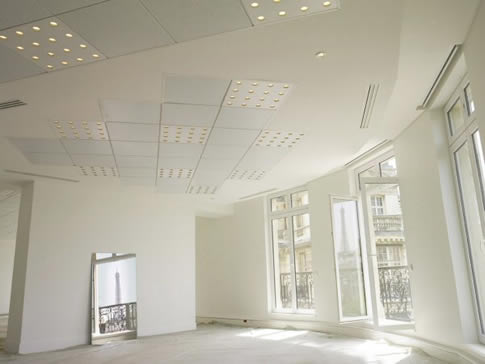 Last year, we featured a nightclub lit entirely by LEDs, but here’s an office building that is said to be the first to be lit by 100% LED light. The lighting was provided by the Netherlands-headquartered Royal Philips Electronics. To showcase the potential of LED light, Philips designed the lighting system to be warm and visually comforting. A total 422 LED fixtures were installed into the building’s false ceilings. The offices are lit with fixtures that incorporate 12-16 high power LEDs, each rated at 2.6 watts. LED spotlights are used to illuminate the corridors.

The glass façade of the top floors is also lit with LEDs. Philips estimates that market for LED lights like these will grow 30% per year. 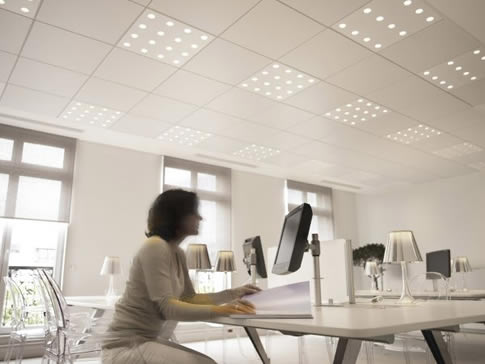 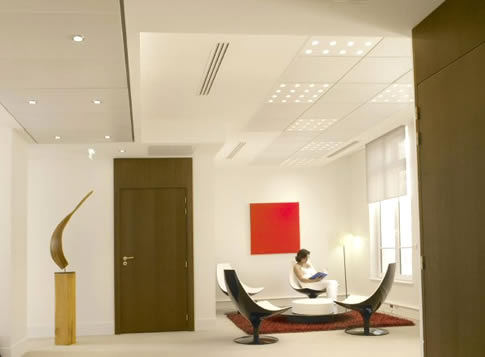 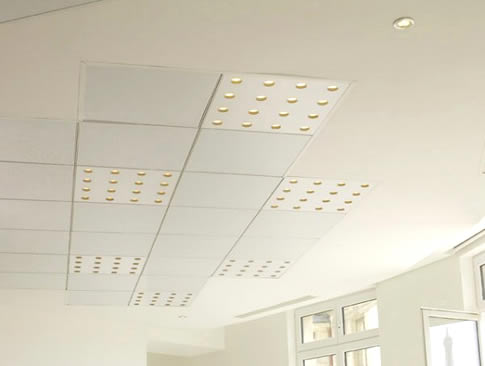 You can get similar LED lights for your home —  the range here for example.